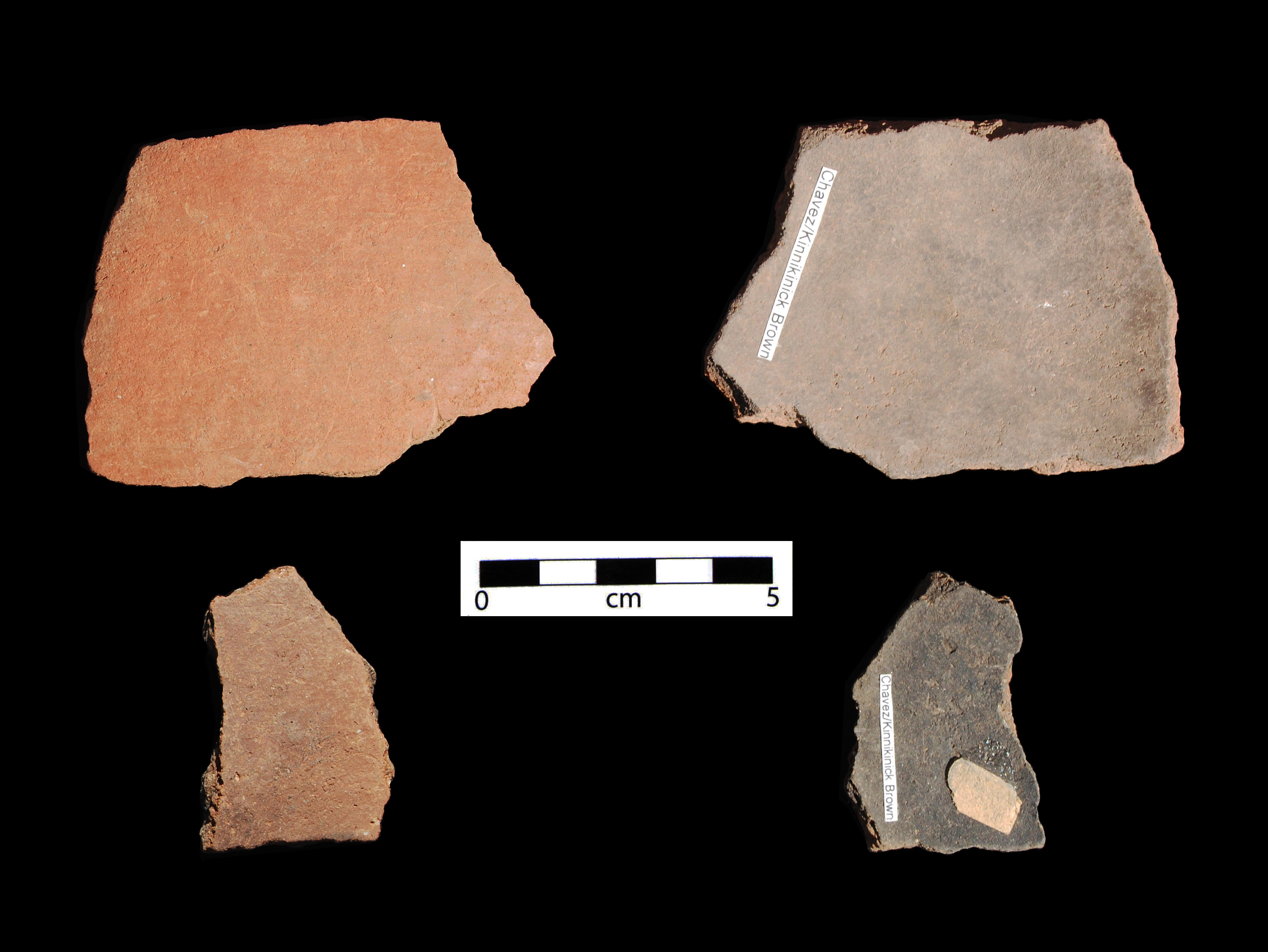 Kinnikinnick Brown is a type of Alameda Brown Ware found on the east rim of Anderson Mesa in northern Arizona.

Firing: In an oxidizing atmosphere; fire clouds are common.

Temper: Crushed basalt showing many green glassy olivine crystals similar to the rock that forms the rim of Anderson Mesa.

Surface Finish: Smooth and often porous when roots were present in the clay.