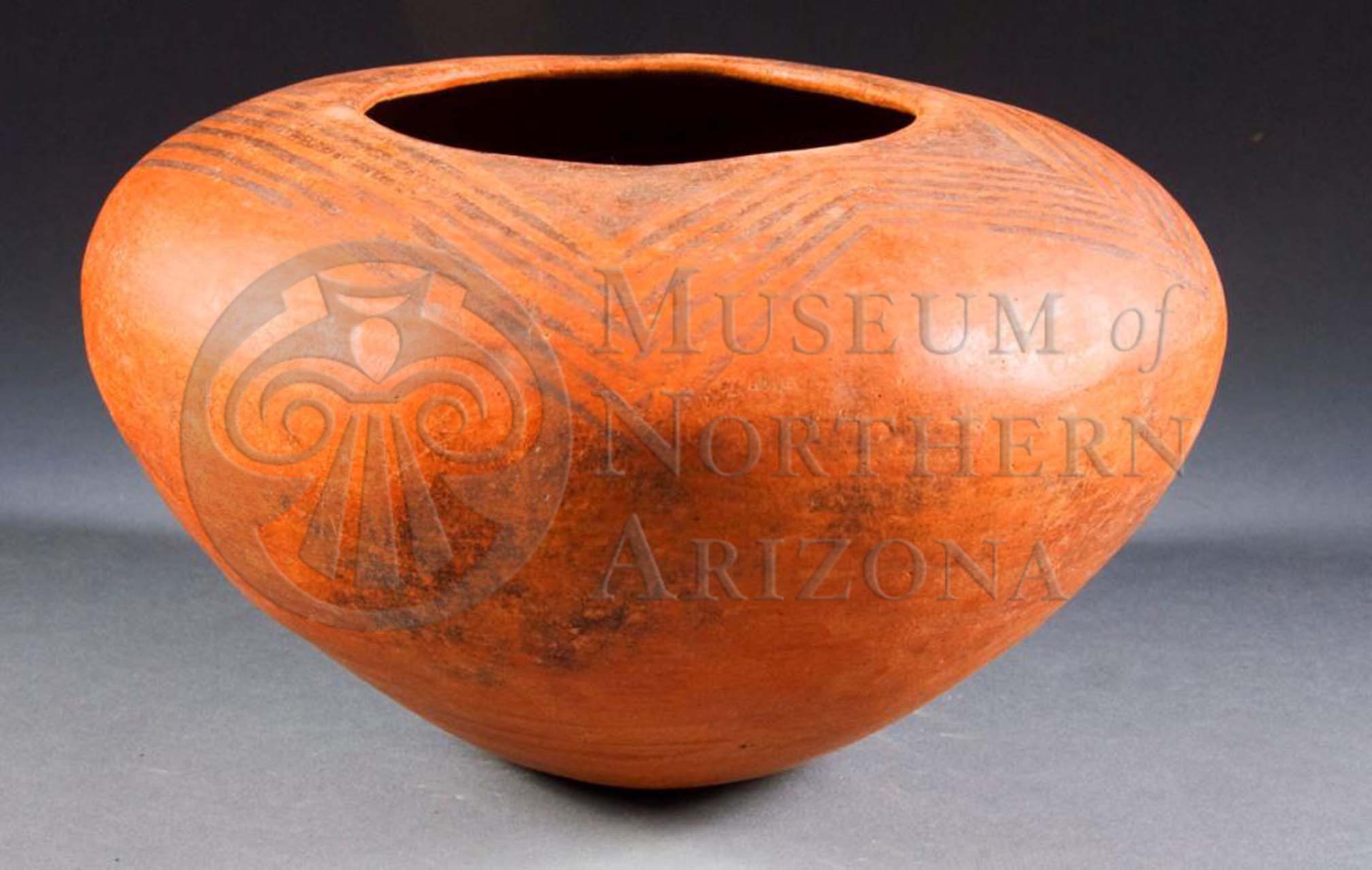 San Juan Red Ware is decorated pottery ware made in the northern parts of Coconino and Navajo counties, Arizona, and in the Four Corners region of Colorado and Utah.  This ware was also widely trades to western and central Arizona.

Firing: In an oxidizing atmosphere at end of firing process.