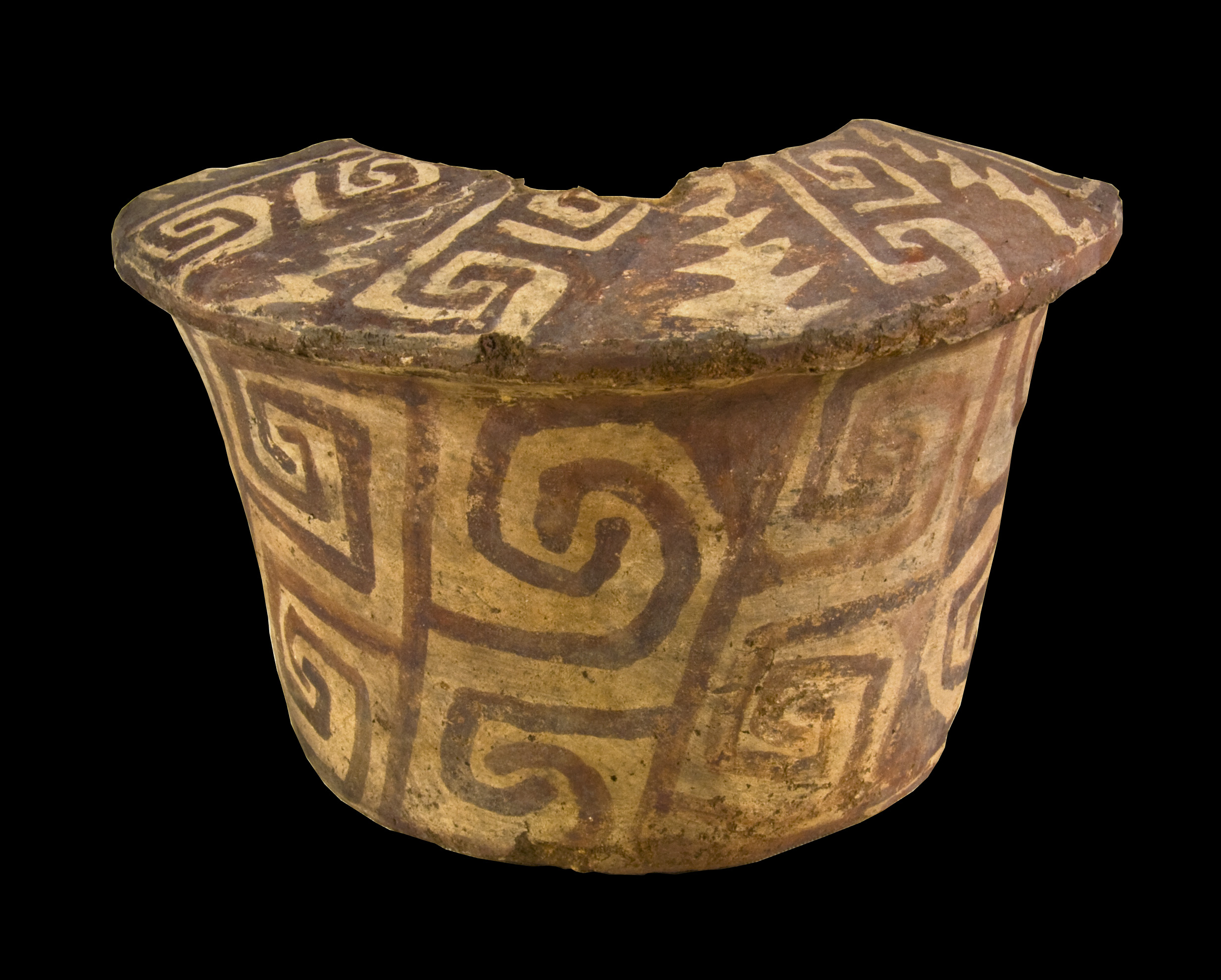 Coconino Red-on-buff is a type of Coconino Buff Ware sharing similarities with Hohokam Buff Ware made in central and southern Arizona, but found only at a few sites around Walnut Canyon in northern Arizona.

Firing: In a oxidizing atmosphere.

Core Color: Black, gray, or buff, tending to brick-red near the outer surface (jars), or brick-red.

Comparisons: Types of Hohokam Buff Ware all have different temper. Winona Red-on-buff differs in that it is definitely not slipped.

Compiled from the following sources:
Colton, Harold S. (1955) Pottery Types of the Arizona Strip and Adjacent Areas in Utah and Nevada. Museum of Northern Arizona Ceramic Series No. 1. Flagstaff, Arizona