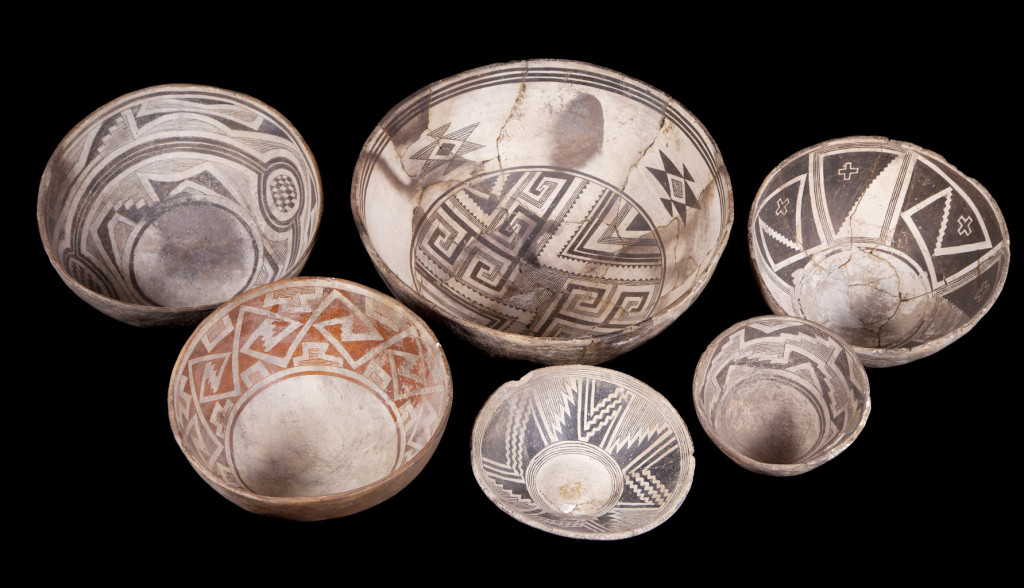 Mimbres bowls from the Museum of Northern Arizona collections. Click the image to open the Mimbres Black-on-white gallery.

Mimbres pottery is one of the best known types in the Southwest.  Although often referred to as a whiteware, Mimbres Ware is actually a brownware slipped with white and painted with designs that range from red to black.  Concentrated in southern New Mexico north to the Upper Gila, east to around El Paso, Texas, and south into Chihuahua, Mexico, this ware is also occasionally found as far west as west-central Arizona.