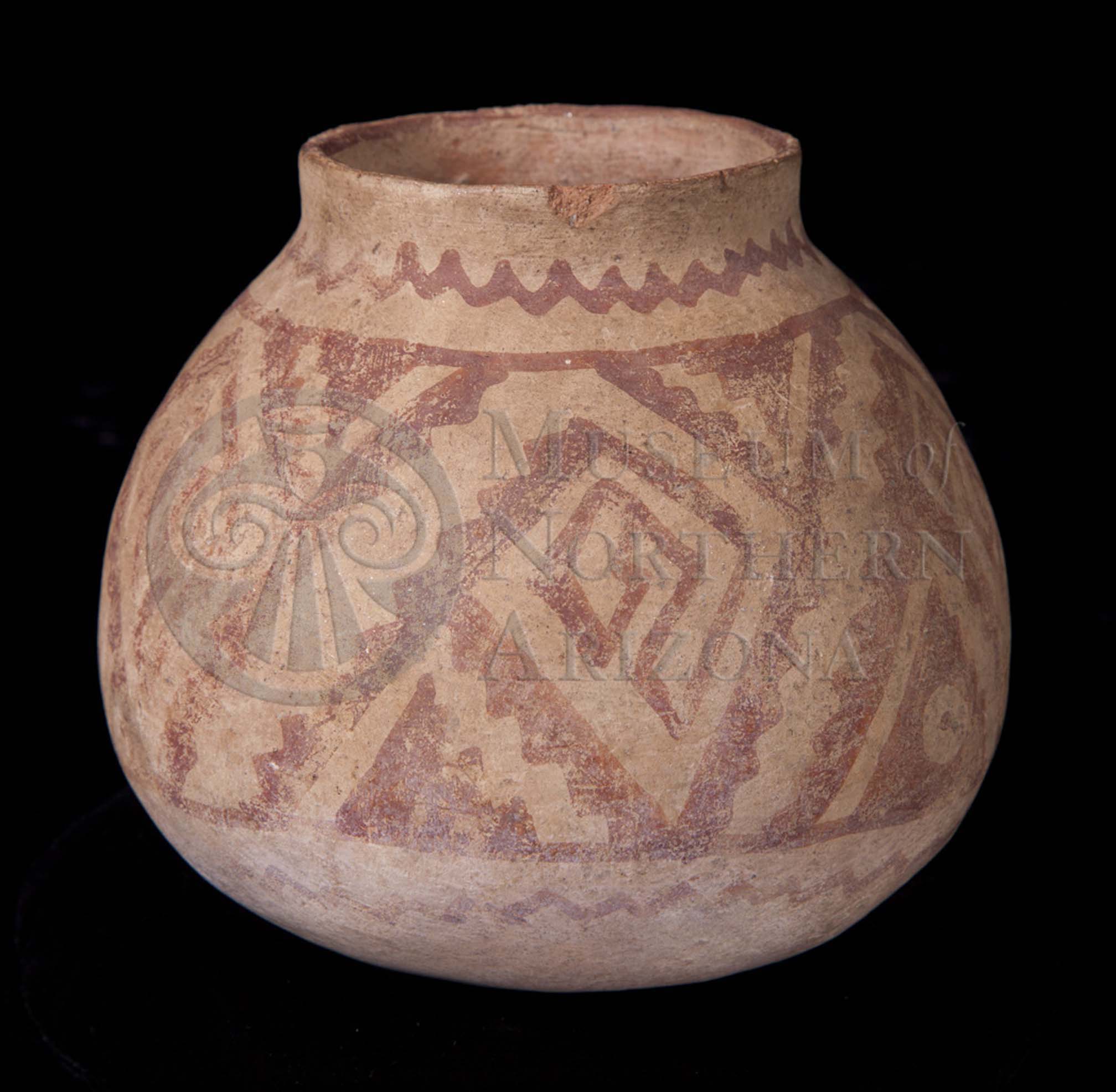 Sacaton Red-on-buff was made primarily in the middle Gila River valley, but found throughout the Hohokam region.

Temper: Course-grained mica schist and quartz; calcium carbonate inclusions.
.
Surface Finish: Muscovite mica is plainly visible on vessel surfaces; smoothed and wiped; slipped or unslipped (the appearance of slip may be the result of salt added to the clay; Weisman 1987 in Abbott 2008).