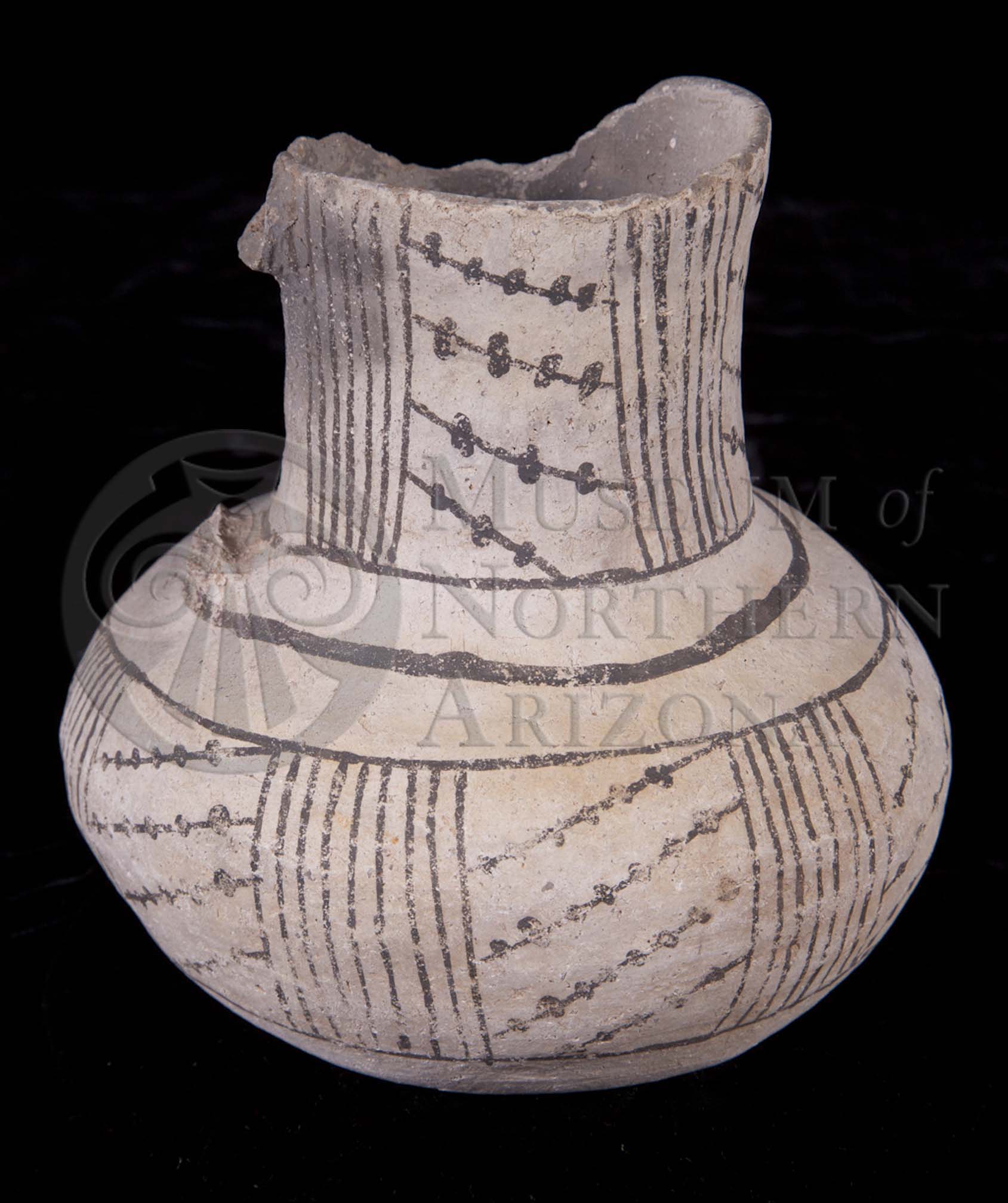 Kiatuthlanna Black-on-white is a relatively early type of Cibola White Ware with decorations painted in the Kana’a style, in which designs tend to consist of widely spaced thin lines.

Firing: In a neutral to reducing atmosphere.