The lowest rock layer in the canyon, and thus the oldest layer, is the Coconino Sandstone. At 280 million years old, this tan, fine-grained rock forms the steep inner gorge of the canyon. Its cross-bedded structure made from ancient desert sand dunes creates a striking background for the petroglyphs carved into its surface. While the sandstone is soft enough to allow for the abrasion, pecking, and scratching needed to create the petroglyphs, it is hard enough that images created a 1000 years ago are still visible today.

All of the petroglyphs within Walnut Canyon were carved into this weathered surface. The presence of desert varnish, a natural dark patina formed by minerals in arid environments, allows for the pecked and scratched images to stand out against the darker background. 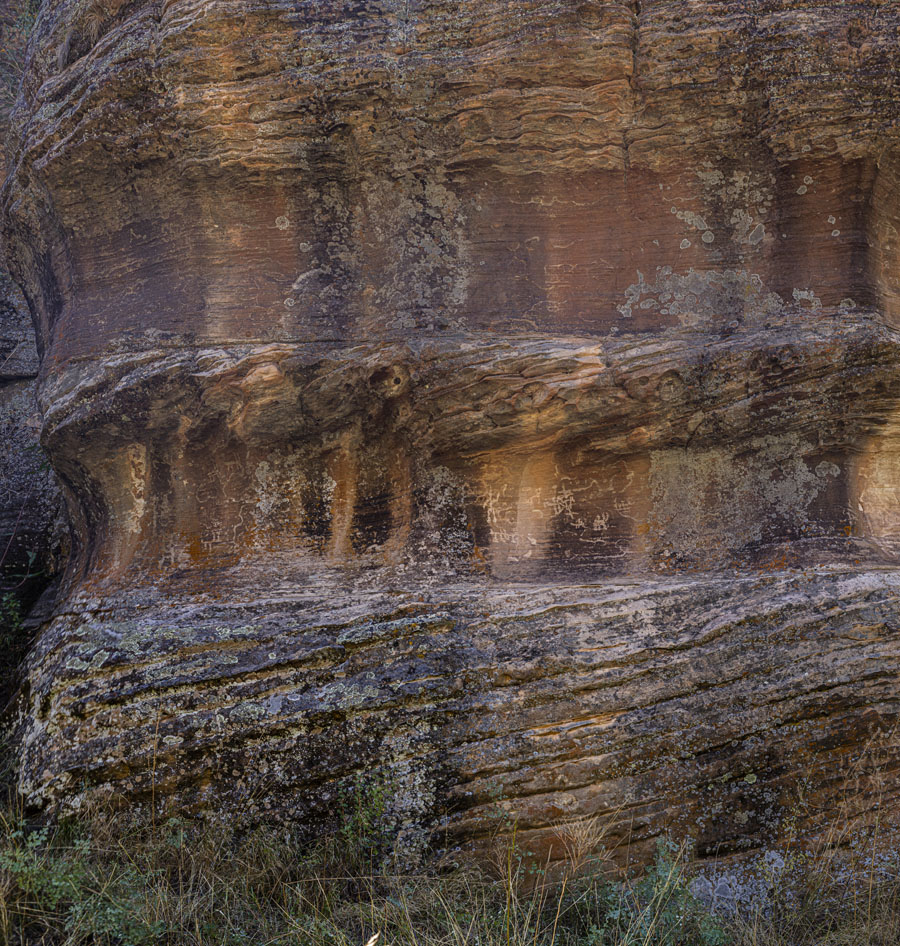 Coconino Sandstone layer at the bottom of Walnut Canyon. Note the diagonal features, called “crossbedding”; these represent ancient sand dune surfaces. Petroglyphs from WACA 497 are present in the smoother areas above the bottom crossbedded layer. Note the darker layer of desert varnish that the petroglyphs have been pecked into. (Photo: Northern Arizona University)

The Kaibab Formation makes up the gradually sloping walls of the upper canyon. A layering of hard, erosion-resistant and soft, silty limestones created the ledges and alcoves which house the cliff dwellings within the canyon. These layers formed 270 million years ago when the Colorado Plateau was a fluctuating sea bed. Marine deposits created light-colored rocks that made an ideal painting surface for the ancient inhabitants of the canyon. The Kaibab Formation is a lot harder than the Coconino Sandstone, and doesn’t form a dark desert varnish patina on its surface; consequently, it is less than ideal for petroglyphs, and none have been found to date at Walnut Canyon in this layer. Most of the known pictographs within Walnut Canyon are found within these layers, usually protected from erosion by the alcoves formed by eroding limestone. These alcoves also allowed the former inhabitants of the canyon to build easily-protected cliff dwellings. 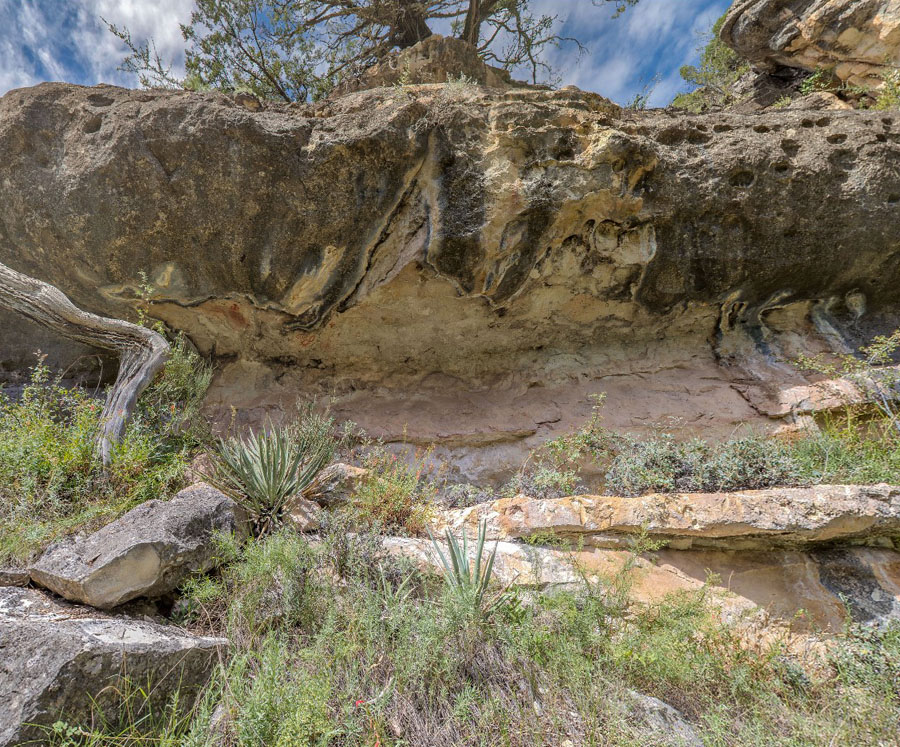 Ledge and alcove in the Kaibab Formation (site WACA 180). Note the pictographs in the left side of the alcove. (Photo: Northern Arizona University) 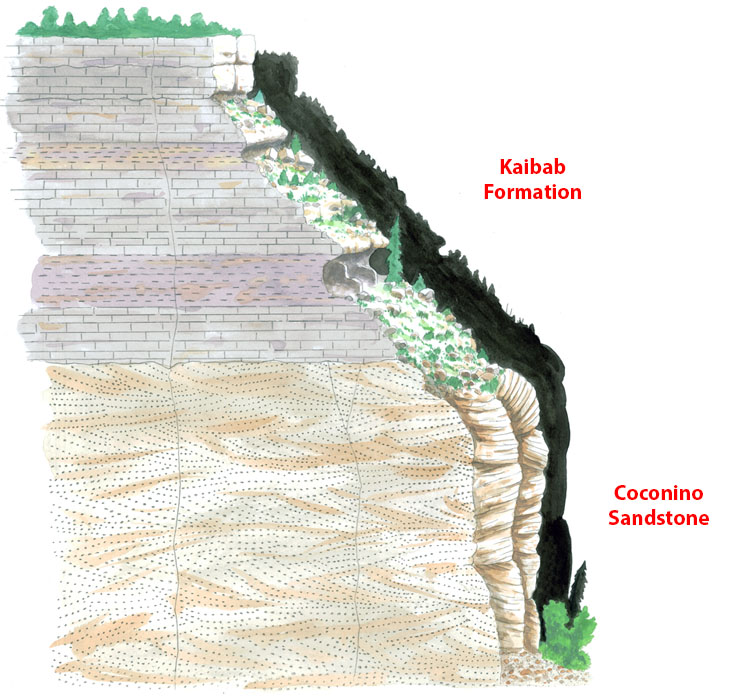