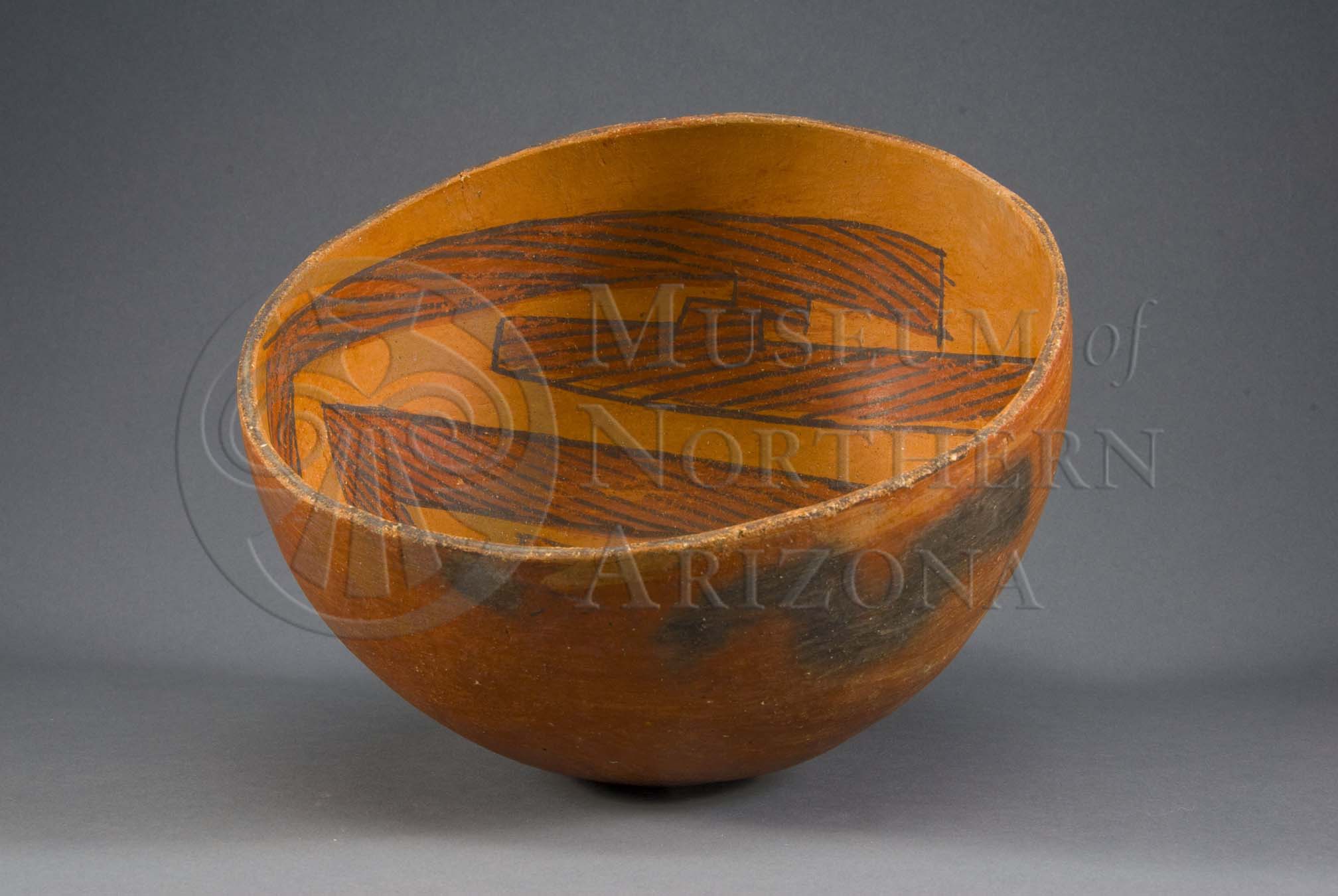 Cameron Polychrome is a Tsegi Orange Ware type originally known at only a few sites around the San Francisco Peaks, but with a much broader geographical distribution than originally described.

Surface Color: Buff or orange; outside of bowls covered with a red slip.