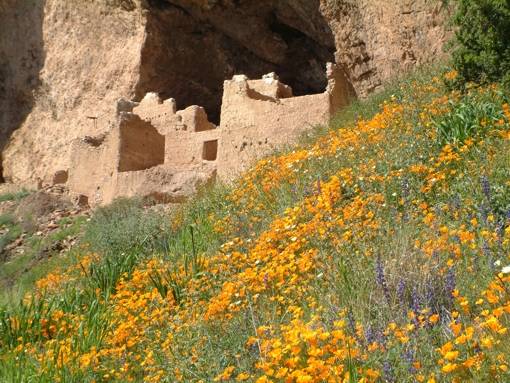 The term Salado comes from the Spanish name Rio Salado, or the Salt River, that runs from the White Mountains in eastern Arizona through the Tonto Basin to its confluence with the Gila River in central Arizona. The term Salado, when used in reference to southwestern archeology, can have three different meanings:

As a cultural group, the Salado were primary centered in the Tonto Basin of central Arizona. However, Salado polychrome ceramics and iconography spread across the Southwest, resulting in what Patricia Crown (1994) identified as a regional religious cult, also called the Southwest Cult or the Salado Phenomenon. At its height, the distribution of Salado polychrome pottery encompassed a 130,000-square kilometer (more than 50,000 square mile) area in central Arizona, southwest New Mexico, and in the northern Mexican states of Sonora and Chihuahua.

The Salado began migrating out of the Tonto Basin after A.D. 1350, and by A.D. 1450, the Salado inhabitants of the region had moved on to other places and the production and spread of Salado polychrome pottery ceased. Native American oral traditions indicate that some Salado people moved north and east to the Hopi and Zuni peoples, west into the lower Salt River Valley, and south into the Rio Grande and northern Mexico regions. 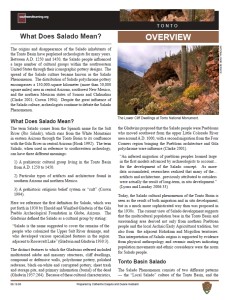