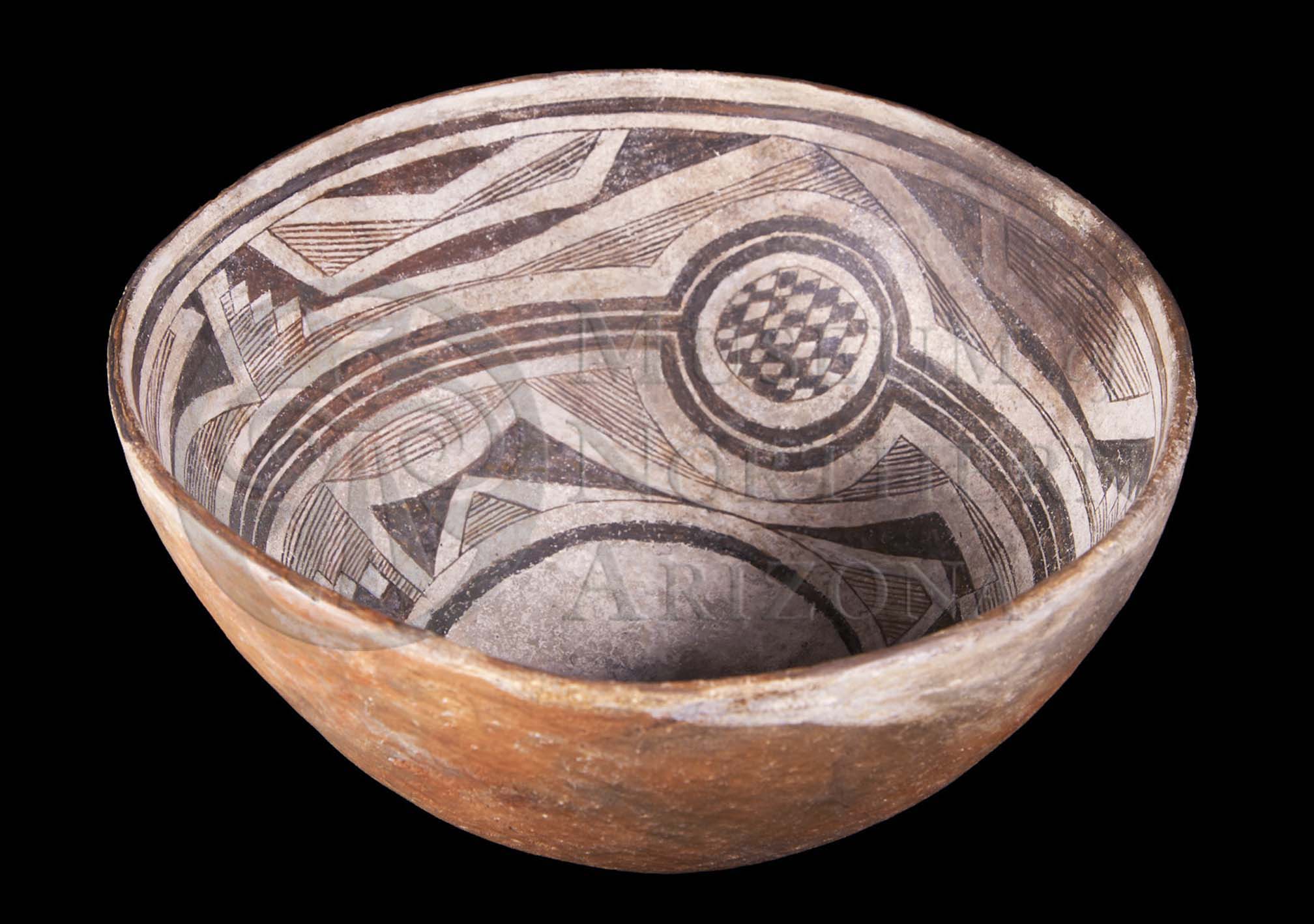 Classic Mimbres (Style 3) pottery is known for its fine-line geometeric and figurative designs, and is perhaps one of the most recognizable types of pottery in the Southwest.  Like the other types of Mimbres Ware, Classic Mimbres pottery is concentrated in southern New Mexico north to the Upper Gila, east to around El Paso, Texas, and south into Chihuahua, Mexico, with vessels occasionally found in west-central Arizona, as well.

Comparisons: Cibola Paste/Mimbres Design: whiteware vessels painted with Mimbres designs, generally found in the Reserve area, Arizona and the Upper Gila Valley, New Mexico; typically unslipped. Style II lacks the fine execution of Style III, and also does not have rim band(s) separate from the design. The slip on Chupadero Black-on-white cannot be scratched with a fingernail.