Rampart Cave, located near the western end of the Grand Canyon, once contained one of the most impressive deposits of Pleistocene mammal remains, including bones, skin and hair, and dung known in North America.  Discovered in 1936, the cave was subject of several major research projects until 1976, when an estimated two-thirds of the cave deposits were lost to a months-long fire most likely set by campers or vandals.

Prior to the fire, the dung—mostly from Shasta ground sloths (Nothrotheriops shastensis)—had accumulated to a depth of 20 feet in places and represented two long periods of use, one between 40,000 and 24,000 years ago, and one between 13,000 and 11,000 years ago. 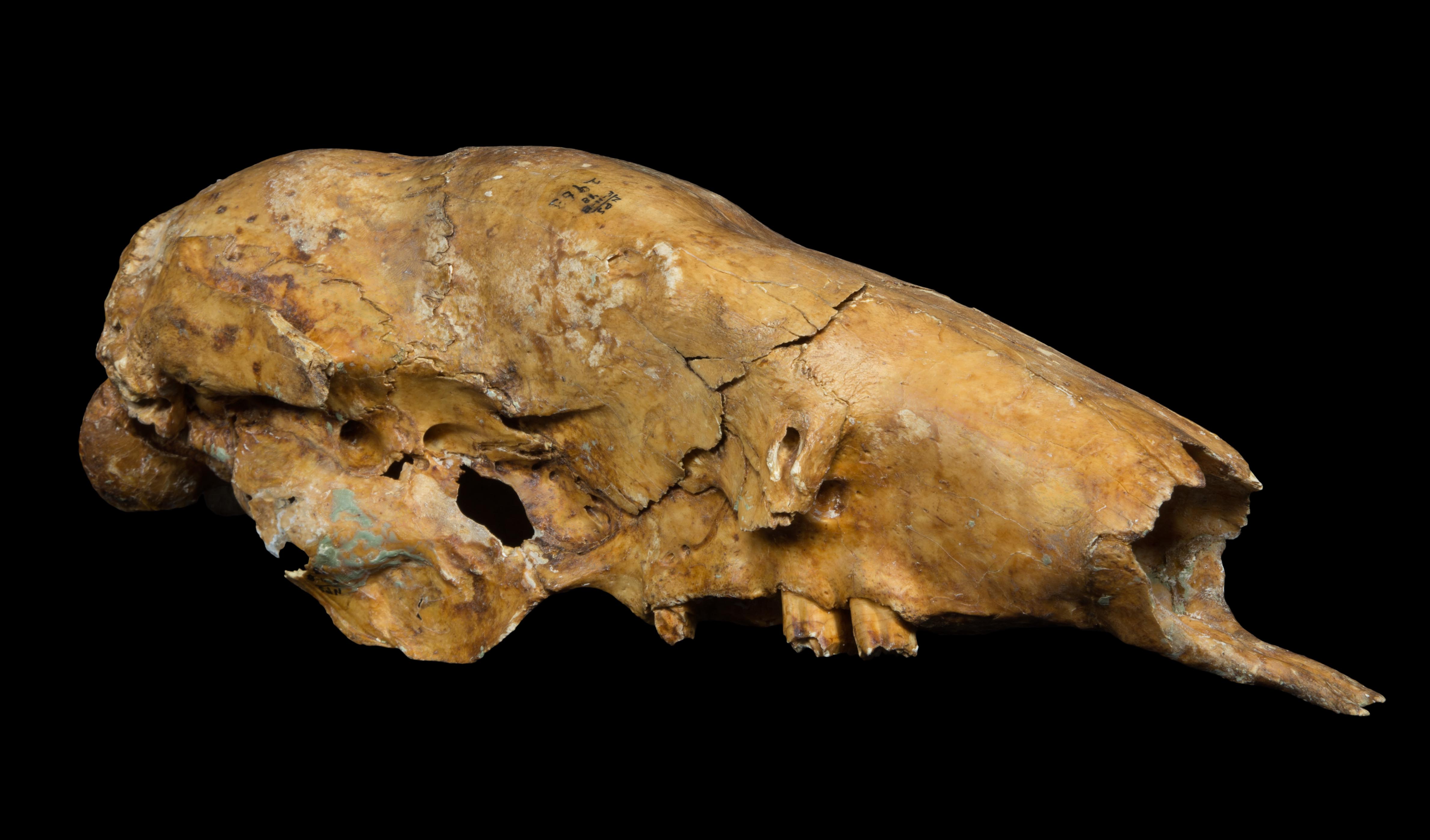 Shasta ground sloth were around the size of a modern grizzly bear—roughly 9 feet long and weighing more than 500 lbs—and were herbivorous.  Studies of the dung show the sloths ate a variety of desert plants, including globemallow, Mormon tea, saltbush, catclaw, cacti, reeds, and yucca.

Found in the cave deposits were also sloth bones, skin, and hair, and well as the skeletal remains of other extinct Pleistocene mammals, including Harrington’s mountain goat (Oreomnos harringtoni), North American horse (Equus sp.), and a species of vampire bat (Desmodus stocki).

3D models are available for the Shasta ground sloth skull and dung, and for the Harrington’s mountain goat skull, and additional images, including the sloth skin and hair, are available in the galleries below. 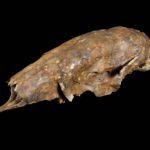 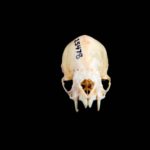 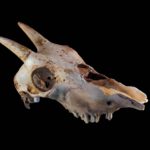