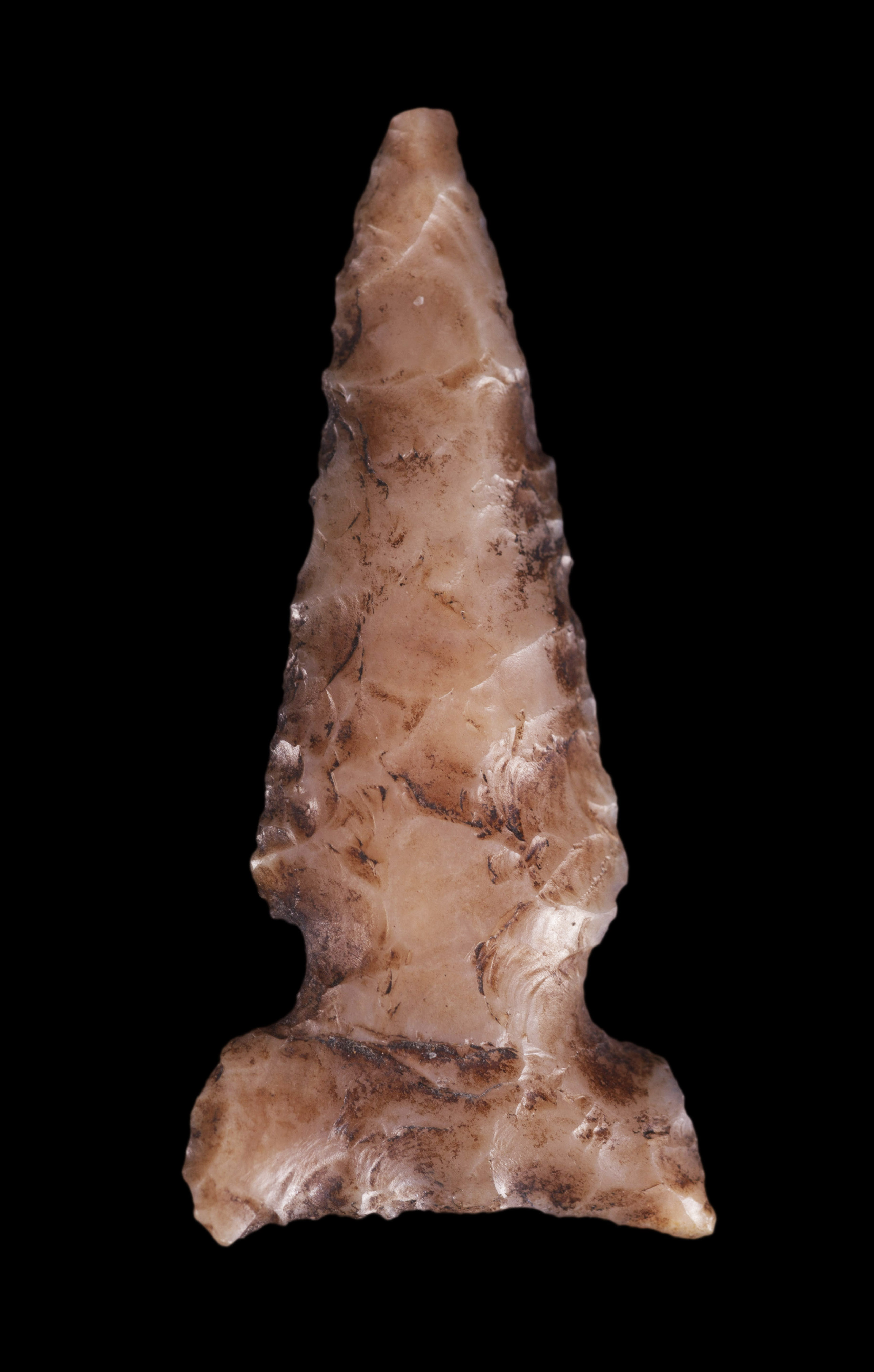 Geographical Range: Southern Arizona; concentrated near the confluence of the Salt and Gila rivers. Similar points have also been found in the Upper Verde River area, the Flagstaff area, and in east-central Arizona and western New Mexico.

Shape: Triangular with a narrow neck and low-set wide side notches; fine serrations are common.

Base: Straight to concave, with prominent squared to rounded ears; ears may have slightly incurvate ends and are generally wider than the blade.