Rock images are unique abstract and symbolic expressions of a certain geography and worldview. Petroglyphs and pictographs excite our imagination and sense of appeal for many reasons, primarily because they are understood by most people as universal human expression. For archeologists, rock images provide information on human adaptation and complement other classes of material remains from the past.

Broadly speaking, there are three different types of rock images:

Pictographs  are designs painted on the rock face with a paint mixture. The paints are mineral or organic pigments mixed with liquids/binders like fat, blood, and water. Elements can be drawn directly with the human hand, by using brushes made from plants like the yucca and agave, or by using a blowtube. Color choices vary for pictographs, and the elements can be monochrome (single color), bichrome (two colors), or polychrome (several colors). Because they sit on the surface of the rock, they are prone to erosion unless protected from the elements by an overhang or alcove. The geology of Walnut Canyon has resulted in many such alcoves in the Kaibab Formation, and that is where many of the pictograph sites can be found.  Pictographs are present at WACA 144, 161, 180, 268, 500 and 503. 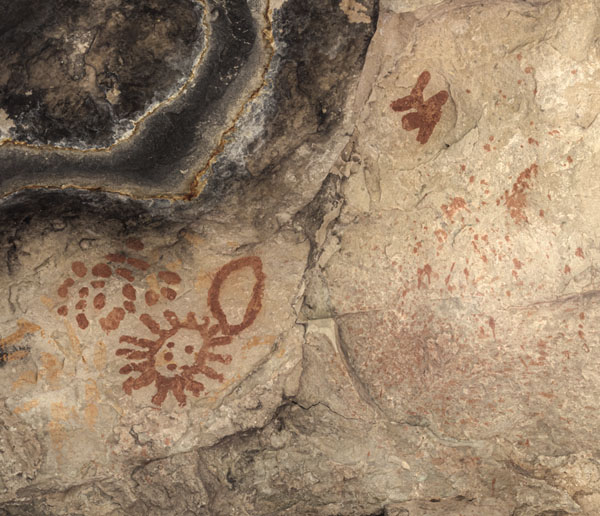 Petroglyphs  are designs made by physically modifying rock surfaces. Petroglyphs are usually created on softer rocks, like the Coconino Sandstone found in the lower reaches of the canyon. The Kaibab Formation is extremely hard, and it is difficult to create petroglyphs on surfaces of that material. Petroglyphs are found at WACA 209, 223, 462, 476 and 497.

There are four commonly-used methods for creating petroglyphs:

In the dry climates found throughout the Western United States, a dark film called “desert varnish” can form on rock surfaces. Any of the four techniques above can remove this varnish, often revealing a lighter surface underneath that highlights the created design. Petroglyphs pecked into desert-varnished surfaces are present at several sites in Walnut Canyon.

Geoglyphs/Intaglios   are designs created by deliberate modification of the ground surface. Geoglyphs are arrangements of rocks into designs, while intaglios are designs created by removing the top layer of the surface to reveal lighter colors underneath. There are many examples of this in Arizona, particularly along the lower reaches of the Colorado and Gila Rivers, but there are no known examples of this type at Walnut Canyon. 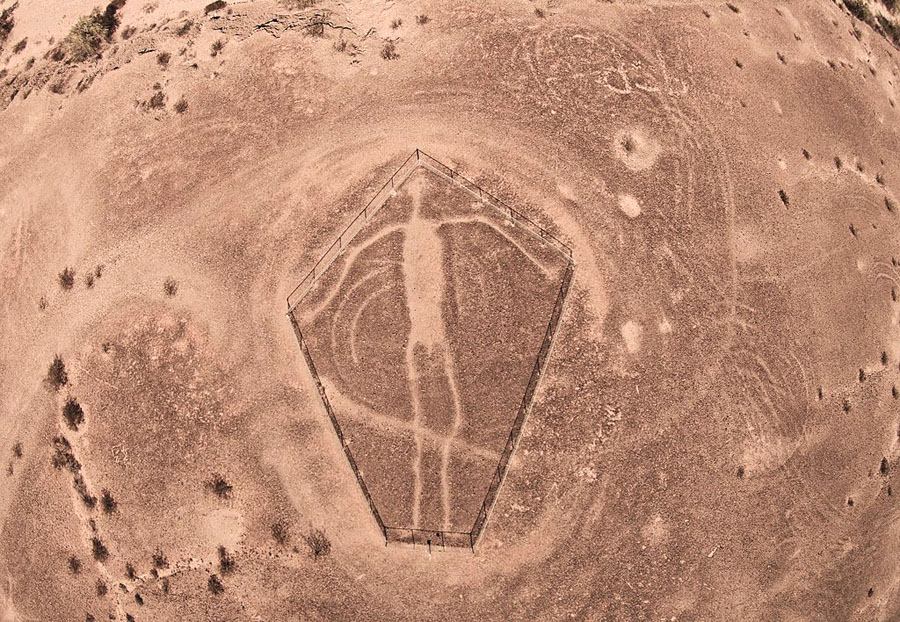 Collectively, pictographs, petroglyphs and geoglyphs are appropriately referred to as rock images, formerly referred to as rock art. The term “rock art” has been used by art enthusiasts and Western anthropologists to describe images on stone made by the indigenous inhabitants of the area. When referring to rock imagery, use of the word art is inappropriate as it implies Euro-American values including a definition of art as an object in a secular context with commercial value. The intent and value of behaviors that created rock images and serve as connections to place and ancestors are embedded in ritual contexts, the opposite of commercial secular art in the Western tradition. For this reason, the National Park Service refers to pictographs, petroglyphs and geoglyphs as rock imagery. The Hopi and Zuni refer to rock images as “signs from the ancestors”; other rock images at Walnut Canyon were made by other cultures, like the Apache and Navajo, as well as Pai people, who use the term rock writings.