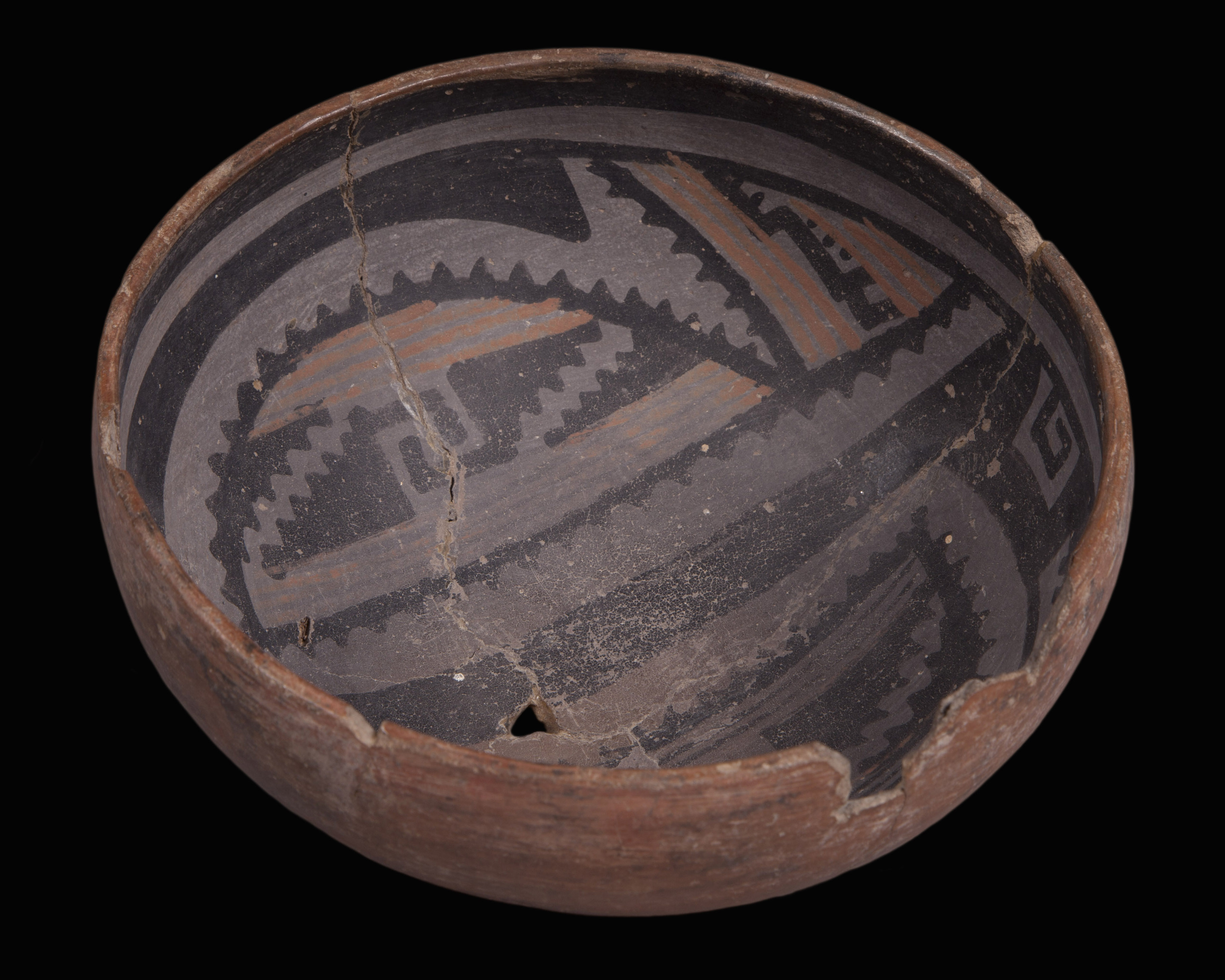 Los Muertos Polychrome is a Roosevelt Red Ware similar in all ways to Gila Polychrome, but with the addition of red painted lines adjacent to black designs.  This type of pottery is found in the Verde Valley, the Agua Fria-Perry Mesa area, the lower Salt River valley, the middle Gila valley, the Santa Cruz flats, the Tonto Basin, and as far east as Safford, and may possibly extend throughout the range of Gila Polychrome (the Agua Fria River to the Rio Grande, and the Little Colorado River to Sonora and Chihuahua).

Comparisons: Characteristics are typical of Gila Polychrome, except that Los Muertos Polychrome has the addition of narrow, red lines alongside black paint on white-slipped surfaces.

Lyons, Patrick D. (2013) Placing the Tonto Cliff Dwellings in the Larger Context of the Tonto Basin and the Southern US Southwest. Final Report of WNPA Research Project 06:09: Investigating Ancient Dynamics by Studying Salado Ceramic and Obsidian. On file at Tonto National Monument.