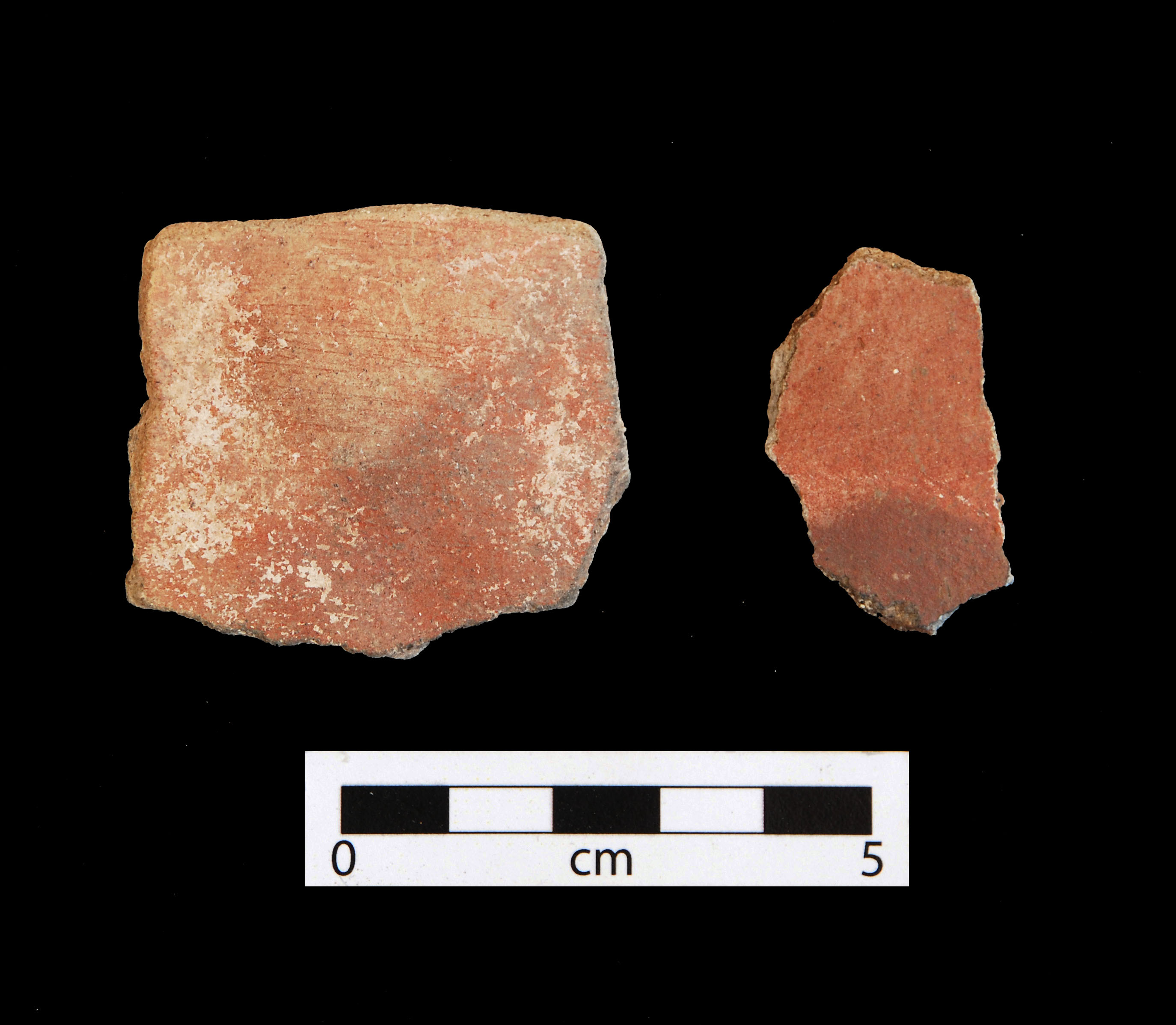 Deadmans Fugitive Red is a type of San Francisco Mountain Gray Ware characterized by the application of  red paint to the exterior surfaces of vessels.

Comments: The red paint applied to Deadmans Fugitive Red vessels was applied after firing, which is, in part, the reason for its fugitive (easily deteriorated or washed off) nature.