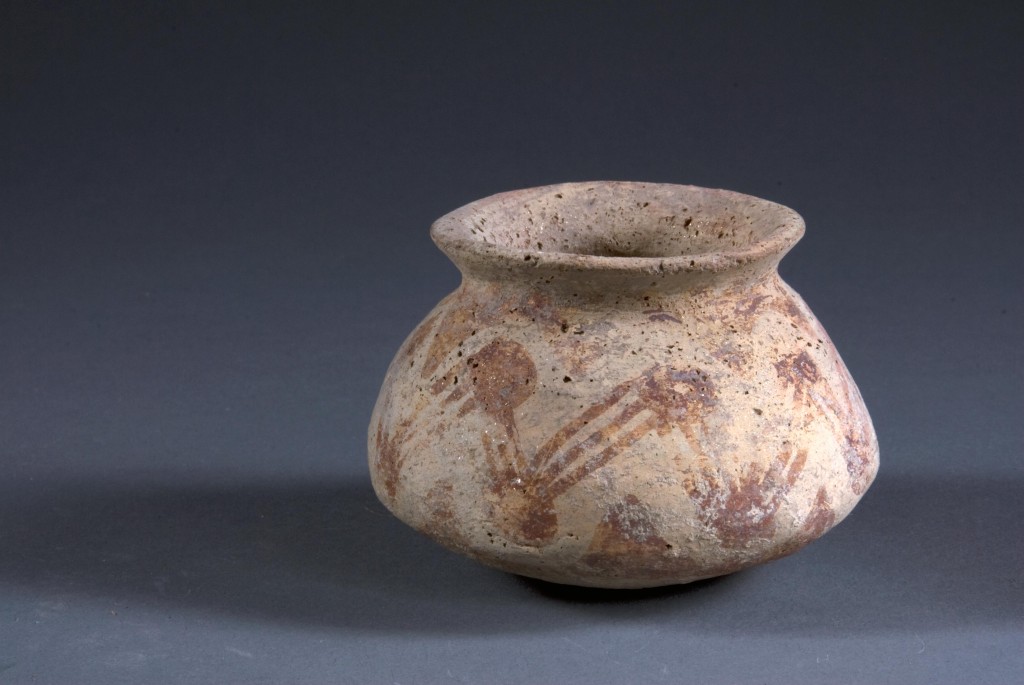 The word Hohokam is a Piman language term for “all used up” or “exhausted,” and the name given by archaeologists to the ancient farming peoples of the southern deserts of Arizona. The Hohokam lived in the Phoenix Basin along the Gila and Salt Rivers, in southern Arizona along the Santa Cruz and San Pedro Rivers, and north on the Lower Verde River and along the New and Agua Fria Rivers. Hohokam influences were even more widespread, with Hohokam-style architecture and artifacts as far north as Flagstaff, Arizona, south into northern Sonora, Mexico, and east into southwestern New Mexico.

The Hohokam were, in the words of archaeologist Emil Haury, “masters of the desert.” Their cultural pattern existed from the first years A.D. through about A.D. 1450, barely 90 years before Spanish explorers arrived in the Southwest. During this time, they achieved remarkable successes. The Hohokam are probably most famous for their creation of extensive irrigation canals along the Salt and Gila rivers. In fact, the Hohokam had the largest and most complex irrigation systems of any culture in the New World north of Peru. Not even the complex societies in Mesoamerica had such extensive irrigation canals. Accompanying the canals were extensive villages that covered hundreds of acres and were occupied by several hundred people. Within the villages were monumental public works. Early in the Hohokam cultural sequence these consisted of ball courts and small, low, circular mounds made of earth. Later, the low circular mounds were replaced by much larger, rectangular “platform mounds” of earth, rock, and adobe covered with structures and courtyards built on top.

Hohokam villages are remarkable in the ancient Southwest for their stability. Unlike ancient pueblo towns, which often were abandoned after a few decades, some Hohokam villages were continuously occupied for up to 1,500 years or more. Hohokam villages also show that society was organized in a hierarchical fashion. The Hohokam represent one of the largest and most complex societies in the Southwest. At the cultural peak of the Hohokam in the “Classic” period of the A.D. 1100s through 1400s, there were tens of thousands of Hohokam people living in large villages scattered throughout the Phoenix Basin. Hohokam farmers truly had mastered the desert, in the sense that they were able to successfully grow crops in the same locations for hundreds of years and create a large, well-organized, prospering society.

Why this once-flourishing cultural pattern came to an end remains a mystery. Whatever the answer, however, people remained, descendants of whom include the Pima and Tohono O’odham of southern Arizona.