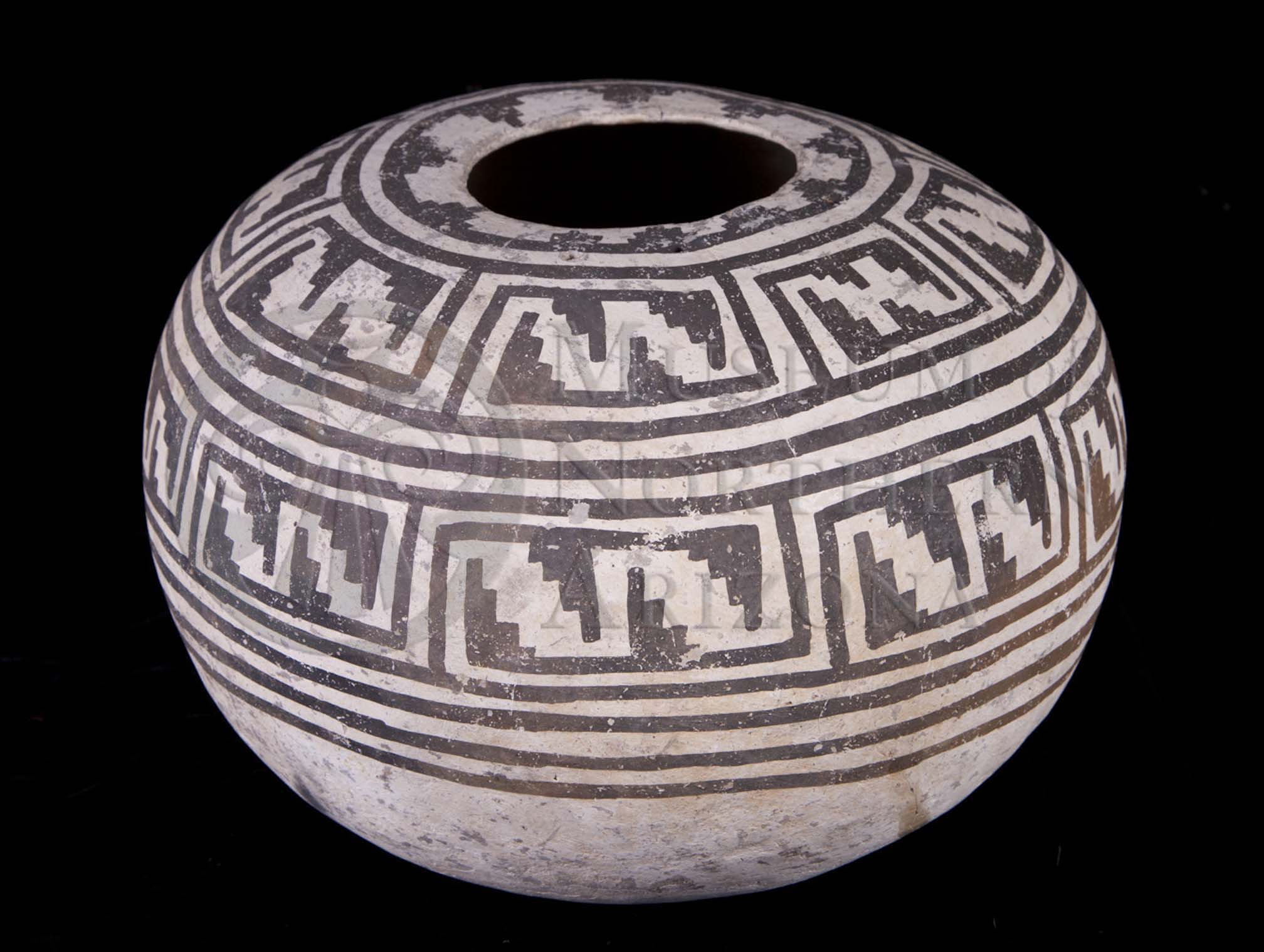 Cibola White Ware is a type of pottery that was produced in the northern San Juan Basin of New Mexico to the Upper Gila River drainages in the south, and from the white Mountains of Arizona to east to the Acoma-Laguna area of New Mexico.

The seed jar pictured above is interactive!

Temper: La Plata, White Mound, and Kiatuthlanna Black-on-white: predominantly sand tempered. Other types tempered with sherds or a combination of sand and sherds.

Decoration: Mineral paint, the defining characteristic of Cibola White Ware, with one exception: Chaco-McElmo Black-on-white has a carbon based paint with a Cibolan paste.