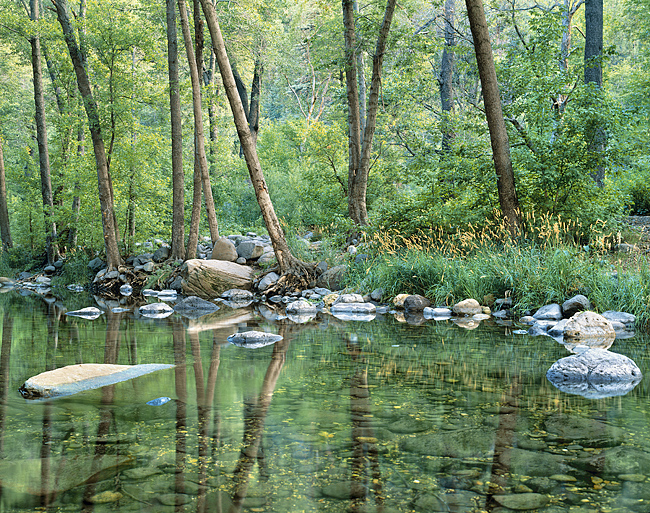 The Transitional Highlands, or Central Mountains, consist of numerous rugged low mountains marking the boundary between the tablelands of the Colorado Plateau and the southern deserts of the Basin and Range physiographic zone. In the Southwest, the Transitional highlands are dominated by the Mogollon Rim, a massive break in the earth’s topography stretching diagonally across Arizona and into New Mexico. In places, the Rim is a sheer escarpment nearly 300 meters (1,000 ft) high.

Geology: The geology of the Transitional zone includes sedimentary, igneous, and metamorphic rocks. The geological conditions of the region have resulted in extensive deposits of copper, which is mined around Clifton and Globe.