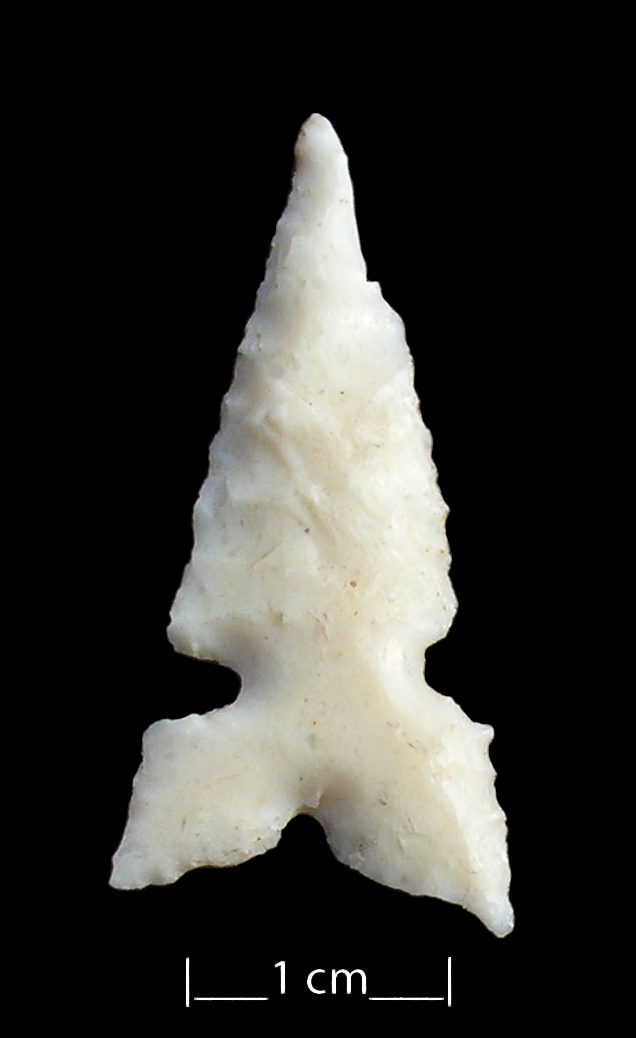 Geographical Range: Most of the western United States, including the Great Basin, California, the Plains, and the Southwest.

Notching: Side-notched well below the midpoint; notches are normally narrow, deep, and aligned across the point. Multiple side notches are common in California, and the Sierra/Awatovi variety bears a single basal notch.

Materials: Primarily made of chert or obsidian; late examples are occasionally made of glass; a single example of a Desert Side Notched point made from abalone shell is also known (Jones 1988).

Variations: Varieties found in the Southwest include the General and Sierra types. Other varieties include Bear River, Delta, Panoche, and Redding types, all of which are geographically restricted to specific areas in California.

Thomas, David Hurst. (1981) How to Classify the Projectile Points from Monitor Valley, Nevada. Journal of California and Great Basin Anthropology 3(1):7-43.