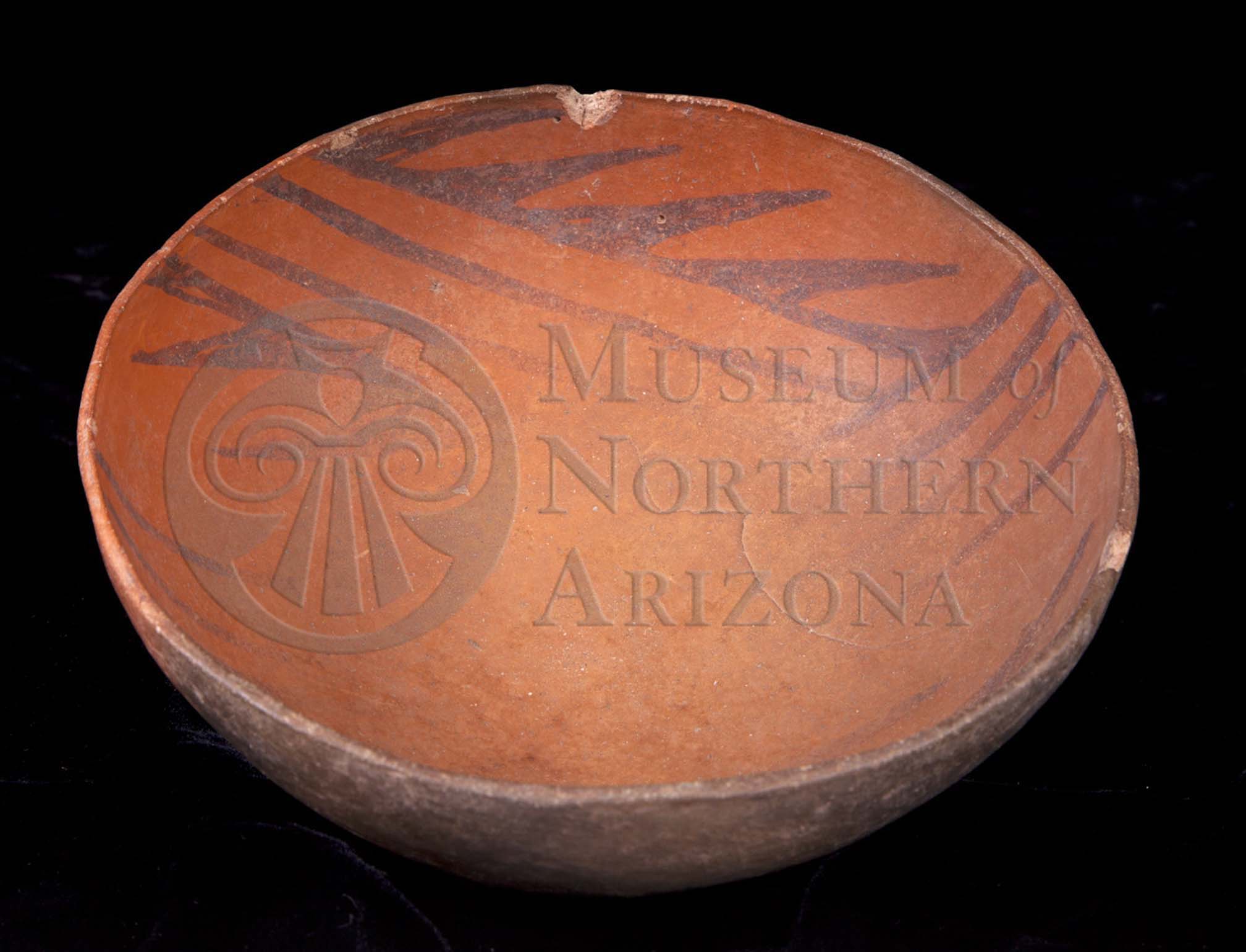 Bluff Black-on-red, a type of San Juan Red Ware, is found in the San Juan River drainage in the Four Corners area and up Chinle Creek to Water Fall Pueblo, Nokito, Arizona.  As a trade ware, this type is found sporadically westward to Nokai Canyon, Navajo County, Arizona.

Surface Color: Reddish; color of the surface and core do not contrast when the core color is reddish.