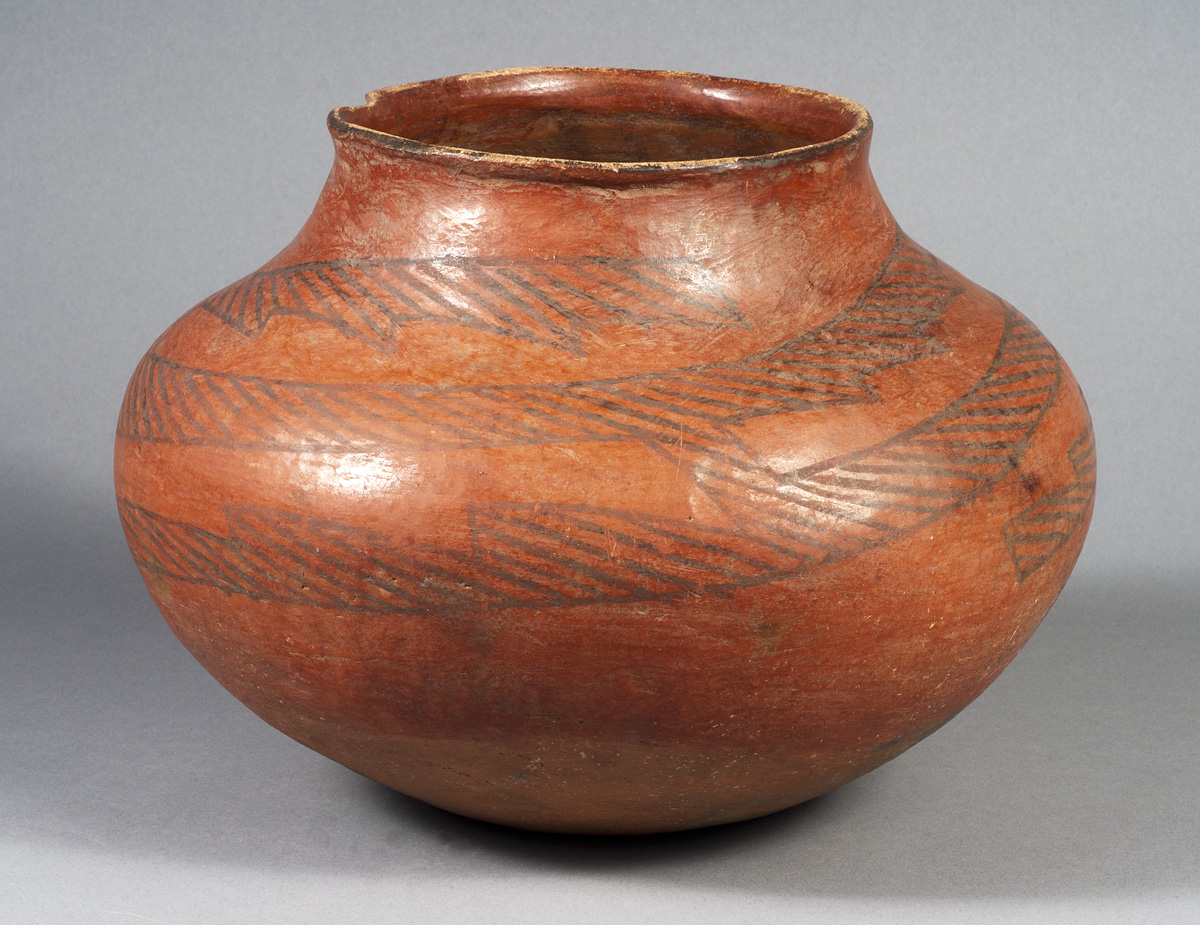 Tsegi Orange Ware is one of the most distinctive pottery wares produced in the Southwest.  Made in Marsh Pass and the Tsegi canyons of Navajo County, Arizona, this ware was traded widely across Arizona, Utah, and New Mexico.

Surface Color
Generally dull orange except for slipped portions; slip, maroon red; surface and core color generally do not contrast except when core is gray. Fire clouds are common.