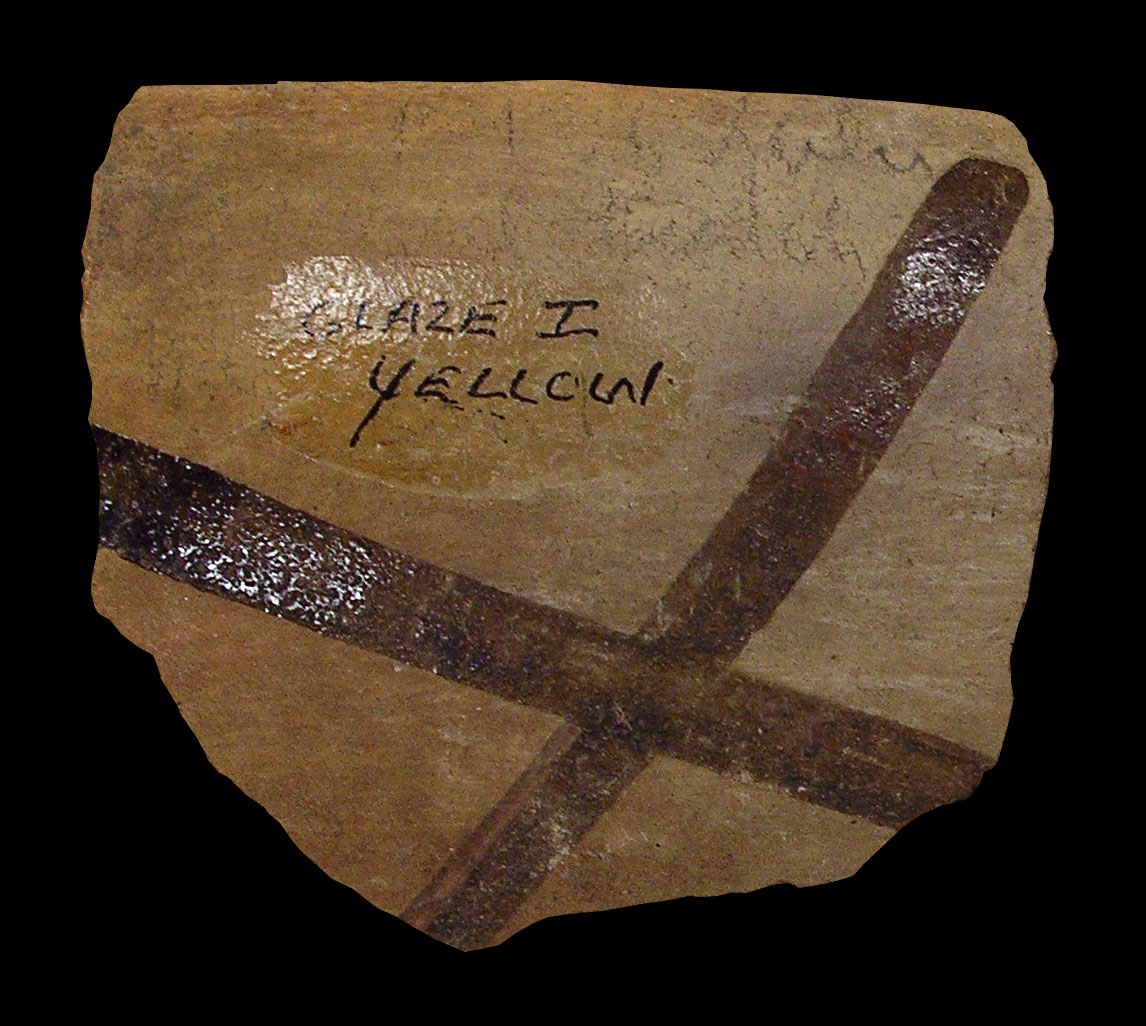 Surface Finish: Thin to thick slip on exterior of jars and interior and exterior of bowls; polish ranges from streaky to well-polished; red slip may be a self-slip; slip ranges in color.

Comparisons: Glaze A is differentiated from variants B-F primarily by rim attributes.  San Clemente Glaze Polychrome is a Glaze A type painted with black glaze paint.