The Southwest has a special place in the American imagination – one filled with canyon lands, cacti, roadrunners, perpetual desert heat, a glaring sun, and the unfolding of history in places like Tombstone and Santa Fe.  In the American mind, the Southwest is a place without boundaries – a land with its own style and its own pace – a land that ultimately defies a single definition.

To some extent, the American Southwest does defy exact definitions.  Archaeologists have argued over geographical boundaries, the extent of cultural areas, and the inclusion and exclusion of southwestern regions for decades.  These very pages provide a prime example:

The classic definition of the Southwest, however, is that of archaeologist Erik Reed, who defined the Southwest as the region between Durango, CO and Durango, Mexico, and Las Vegas, NV and Las Vegas, NM – an area including Arizona and New Mexico, southern Utah, southwestern Colorado, parts of southern Nevada and west Texas, and the Mexican states of Sonora and Chihuahua. 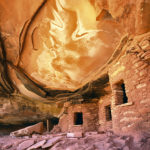 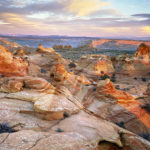 The thumbnail links above explore the cultural definition of the Southwest, and the region’s distinctive environmental characteristics, physiographic zones, life zones, and riverine microenvironments.  These pages demonstrate that although the image of the American Southwest as an arid, unforgiving place is most certainly correct, the Southwest is also a land of surprising variability and unsurpassed beauty.