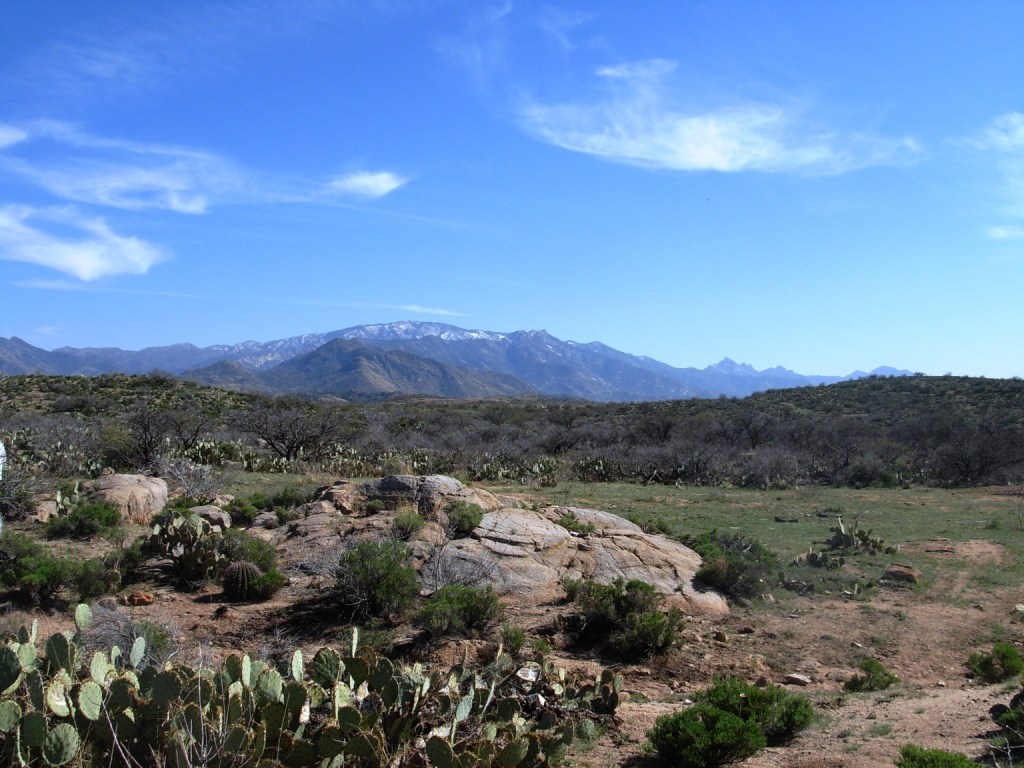 The Southern Basin and Range includes the Sonoran and Chihuahuan deserts – landscapes typical of the Southwest in the American imagination. Temperatures soar in the summer months, massive thunderstorms whip across the desert during the monsoon season, and water is scarce most of the year. However, this desert environment is rich in plant and animal resources, and with ingenuity and the proper technology, prehistoric people thrived in the Southern Basin and Range.

Elevation: Elevation in the Southern Basin and Range is typically below 1,200 meters (4,000 ft), although some of the associated mountain ranges extend much higher above sea level, creating floral and faunal refugia not typical of the southern deserts.

Geology: The basin and range topography of the southern portion of the Southwest results in heavy erosion and accumulation of alluvial sediments. Caliche, a white mineral deposit primarily formed from calcium carbonate, forms desert hardpans in the valley floors. The mountains of the Basin and Range are formed largely from igneous rocks, and contain copper deposits mined historically, and in some cases, into the modern era.