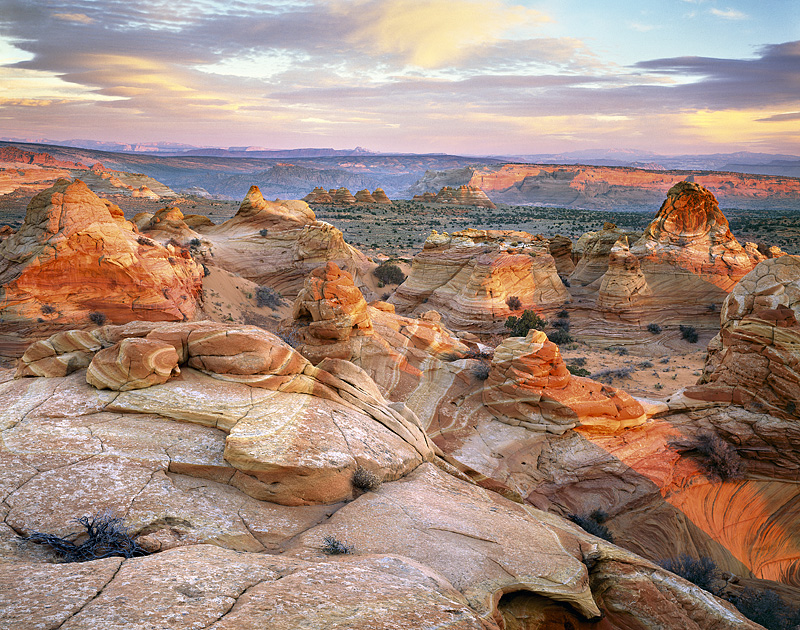 The Colorado Plateau is centered on the four corners area of the Southwest, and includes much of Arizona, Utah, Colorado, and New Mexico. Originally named by John Wesley Powell, the Colorado Plateau comprises a series of tablelands (plateaus or mesas) located within an immense basin surrounded by highlands. Stream valleys that are typically narrow and widely spaced dissect the region, as do larger valleys, including the most spectacular – the Grand Canyon. Prehistorically, many of these valleys were the homes of prehistoric farmers. The environment of the canyon bottoms was so different from the rest of the Plateau, however, that it is explored separately under the “River Environments” link on the right.

Geology: Primarily sedimentary rocks formed tens of millions of years ago. Sandstones, shales, and limestones are common, as are fantastic rock formations molded by wind and water. Volcanic rocks are also common in those areas of the Plateau with volcanic history, such as the Hopi Buttes, Sunset Crater, and the San Francisco Peaks.

Prehistoric Cultures: Ancestral Puebloan, including the ‘Anasazi,’ Sinagua, and Cohonina.