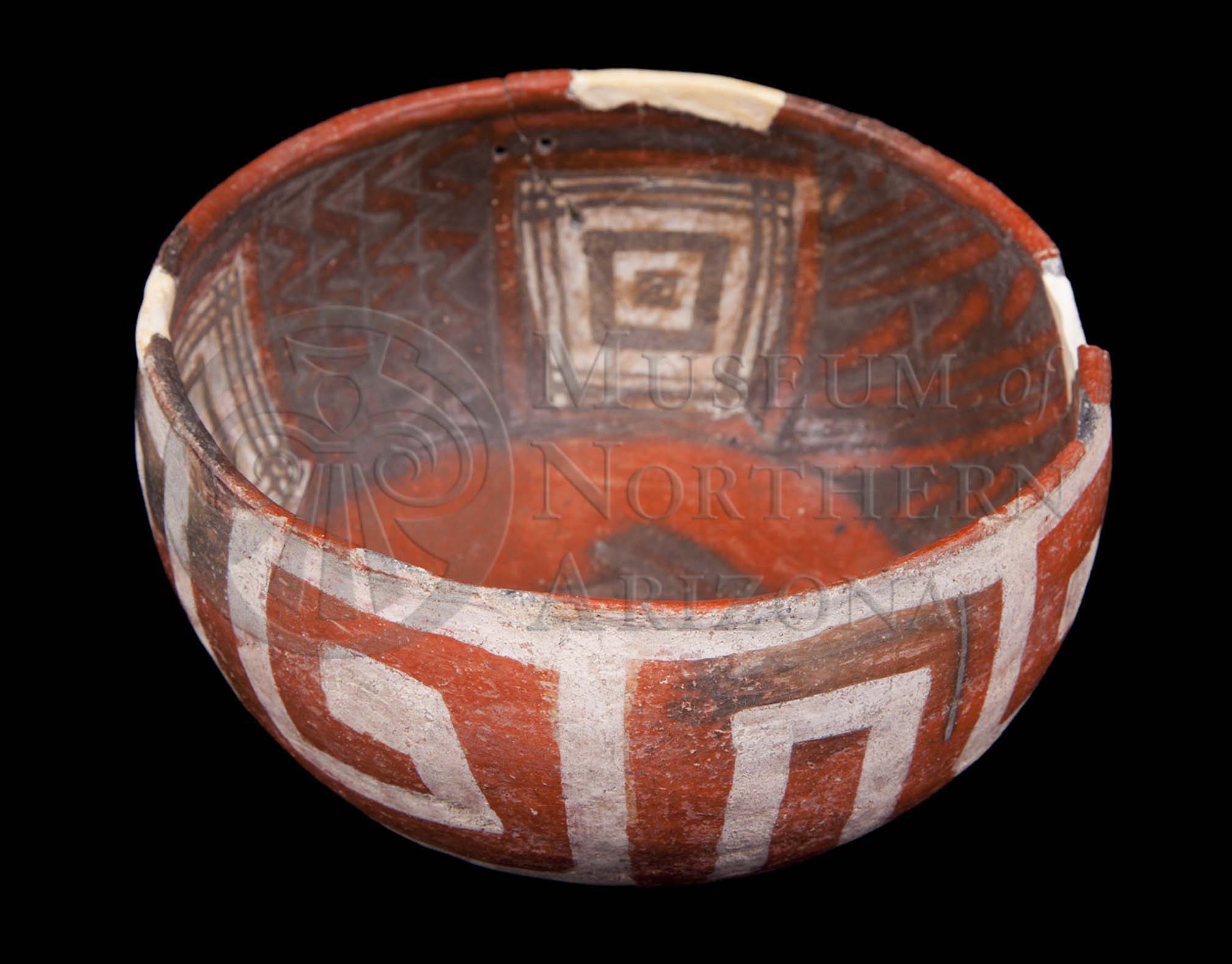 Showlow Polychrome is a White Mountain Red Ware type with the highest concentration below the Mogollon Rim between Cherry Creek and the White River.

Surface Finish: Bowl interiors bear either an overall white slip or a part red and part white slip. Bowl exteriors are slipped red; jars have white slip on the neck, shoulders, and part of the body, and red slip on the base and part way up the sides. Surfaces are well-smoothed, but not overly polished.

Surface Color: Red to orange-yellow or gray to white, depending on slip; core and surface color generally contrast.

Compiled from the following sources:
Carlson, Roy (1970) White Mountain Redware: A Pottery Tradition of East Central Arizona and Western New Mexico. Anthropological Papers of the University of Arizona, No. 19. Tucson.