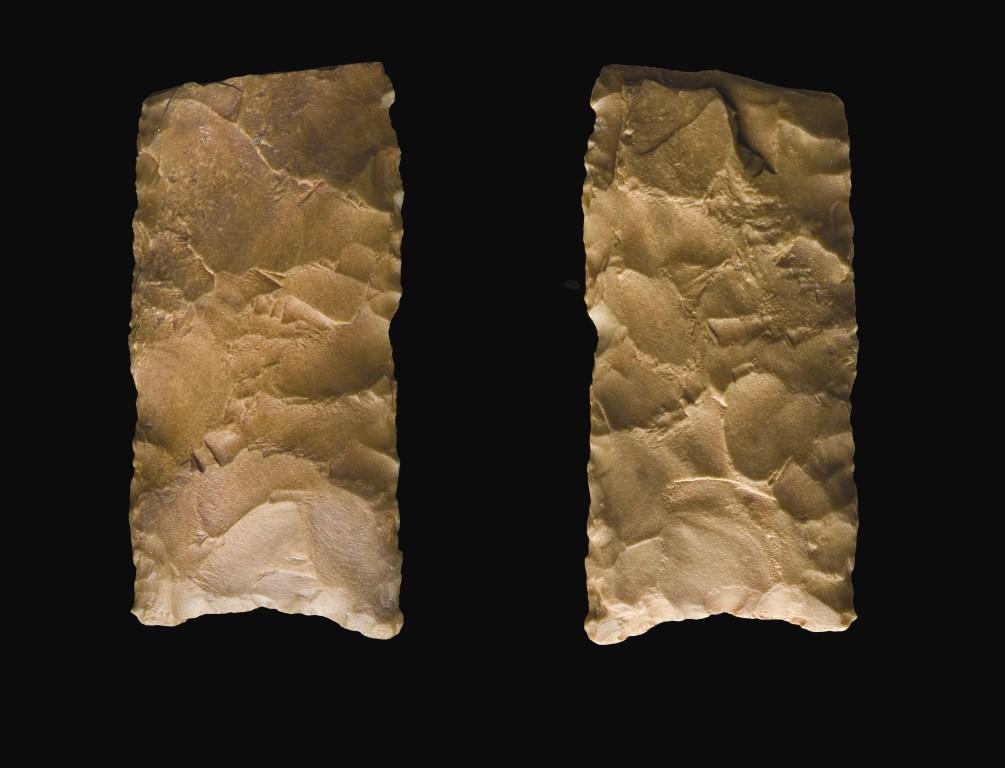 Geographical Range: Primarily the High Plains; in the Southwest, found in to central Arizona and down into Chihuahua, Mexico.

Fluting: None. Basal thinning is present, however.

Grinding: Heavily ground on base and lateral margins; sometimes extends beyond the midpoint of the lateral margins, especially in resharpened specimens.

Materials: Chert is most common.

Comparisons: Plainview points share many similarities with Clovis points, but can be distinguished by bevel resharpening and a lack of true fluting scars. Golondrinas points are also similar, but are eared and have a deeper basal concavity. Conversely, Belen points have a shallower basal concavity and are smaller overall. Meserve points appear to be resharpened variants of both Plainview and Golondrina points, but according to Justice (2002), few examples of the Meserve bevel (unifacial right-hand beveling, sometimes with serration) are known as far west as Arizona. Plainview points are commonly grouped with Goshen points; however, Goshen points appear to be older, better-made, and more limited in distribution.