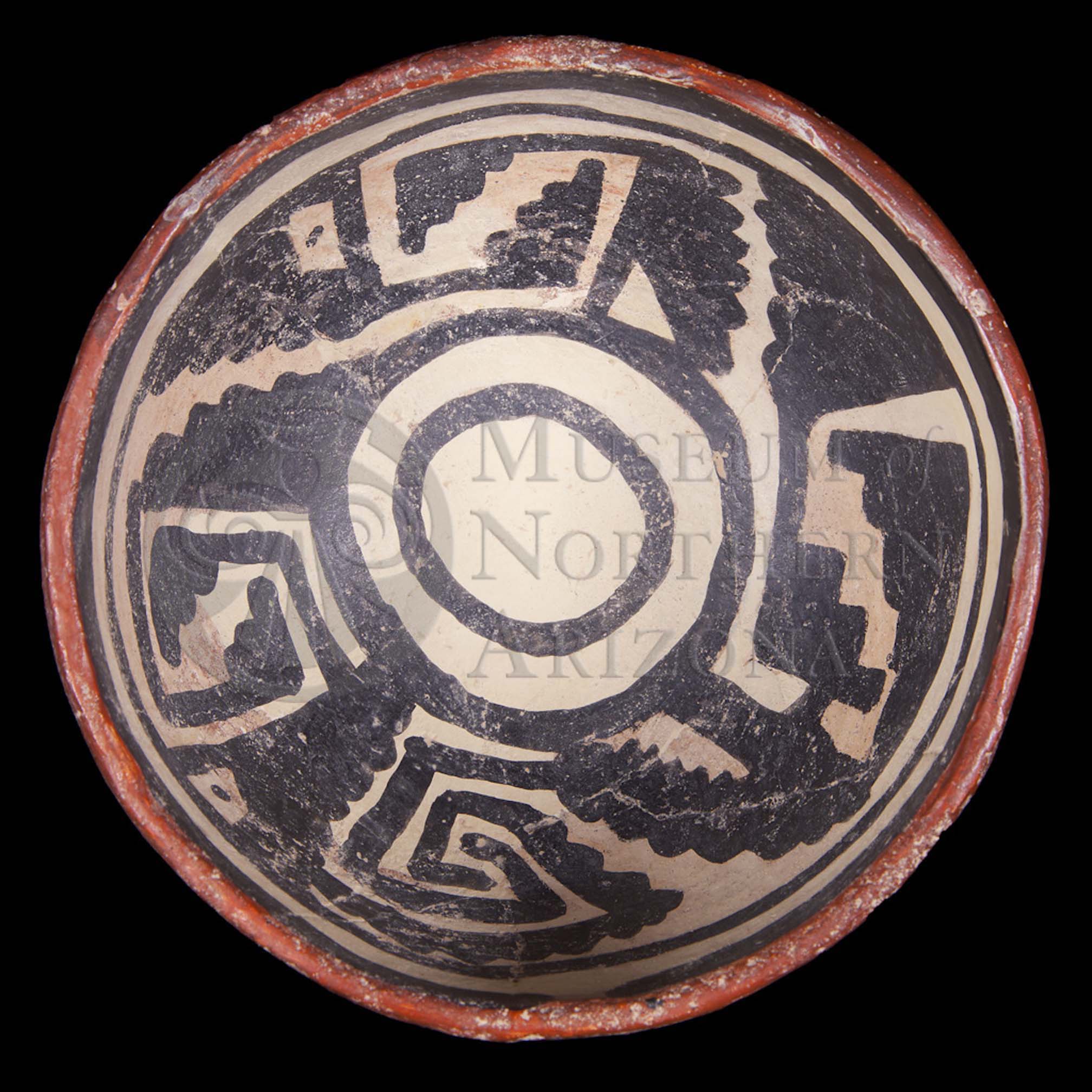 Gila Polychrome was one of the most widespread of the Roosevelt Red Wares.  Found almost everywhere south of the Mogollon Rim and in concentrations in the Roosevelt Basin, Tonto Basin, Gila Basin, Verde Valley, San Pedro Valley, and around Globe and Stafford, Arizona, this type as also been found occasionally near Winslow, Ajo, Gila Bend, and Nogales, Arizona; El Paso Texas and Casas Grandes, Mexico.

Variants: Gila Black-on-red: same as Gila Polychrome, but without the white design fields.