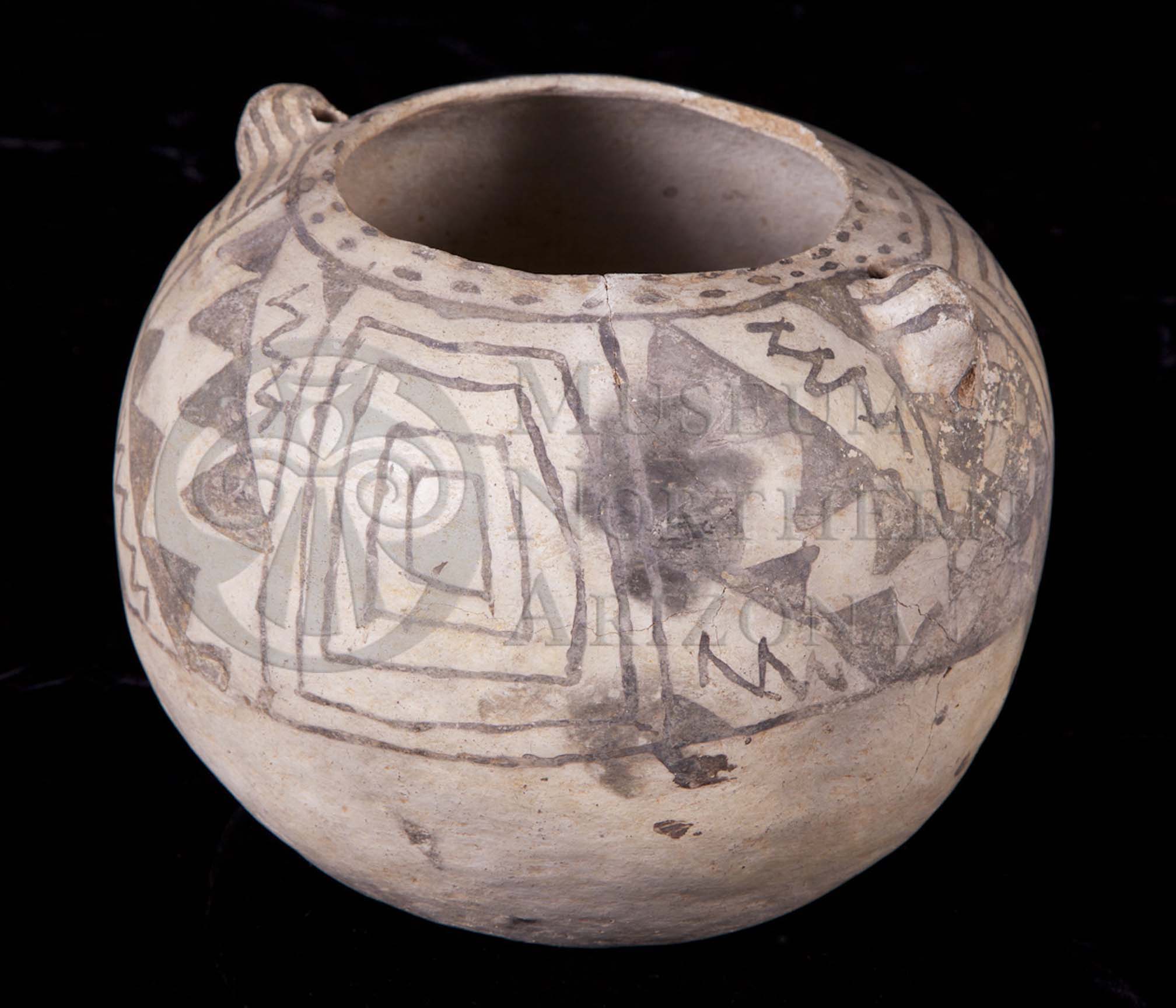 La Plata Black-on-white is an early type of Cibola White Ware that, like the bowl above, often had a fugitive red wash applied to the exterior unpainted surfaces.

Construction: By coiling and scraping.

Firing: In a reducing or neutral atmosphere.