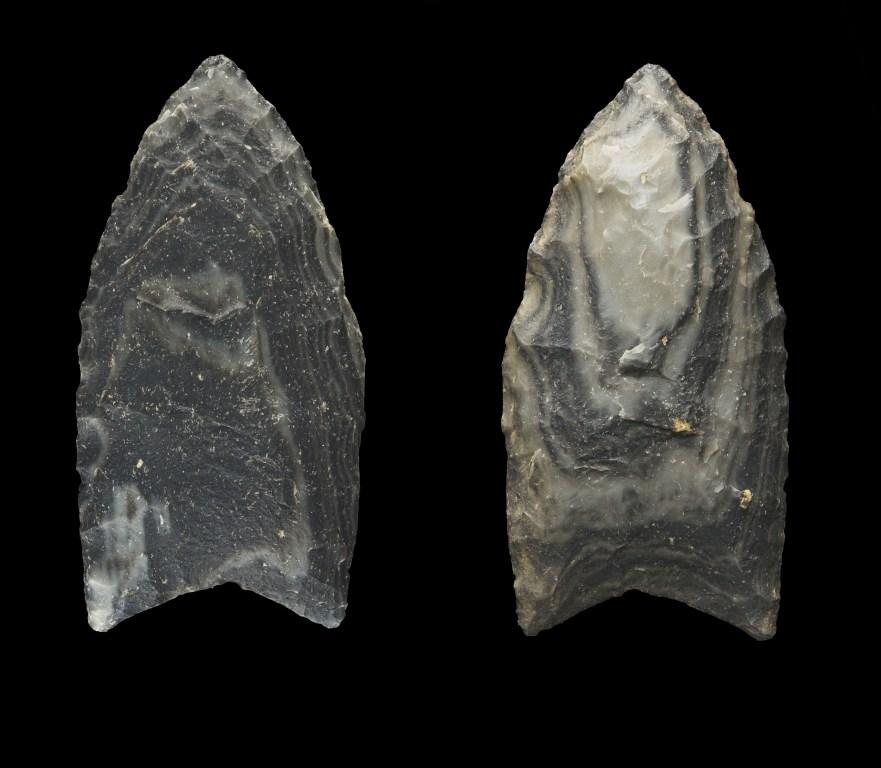 Cross-section: Lenticular, but flattened through the flutes (bi-concave).

Flaking: Overshot (outrepassé – flakes that pass well over the midline and often remove a portion of the opposite margin) and direct percussion flaking are most common, although pressure flaking is also sometimes recognizable on Clovis points. Flake scars are often widely spaced and alternating, either horizontally or diagonally, but can also be random.

Fluting: On one or both sides; rarely extending beyond the half the point’s length and often ending in a hinge fracture. Flutes are often paired with end-thinning scars.

Comparisons: Clovis points tend to be thicker and heavier than other fluted points. Folsom points tend to be more finely made, are thinner, and have flutes extending from the base nearly to the tip of the point.