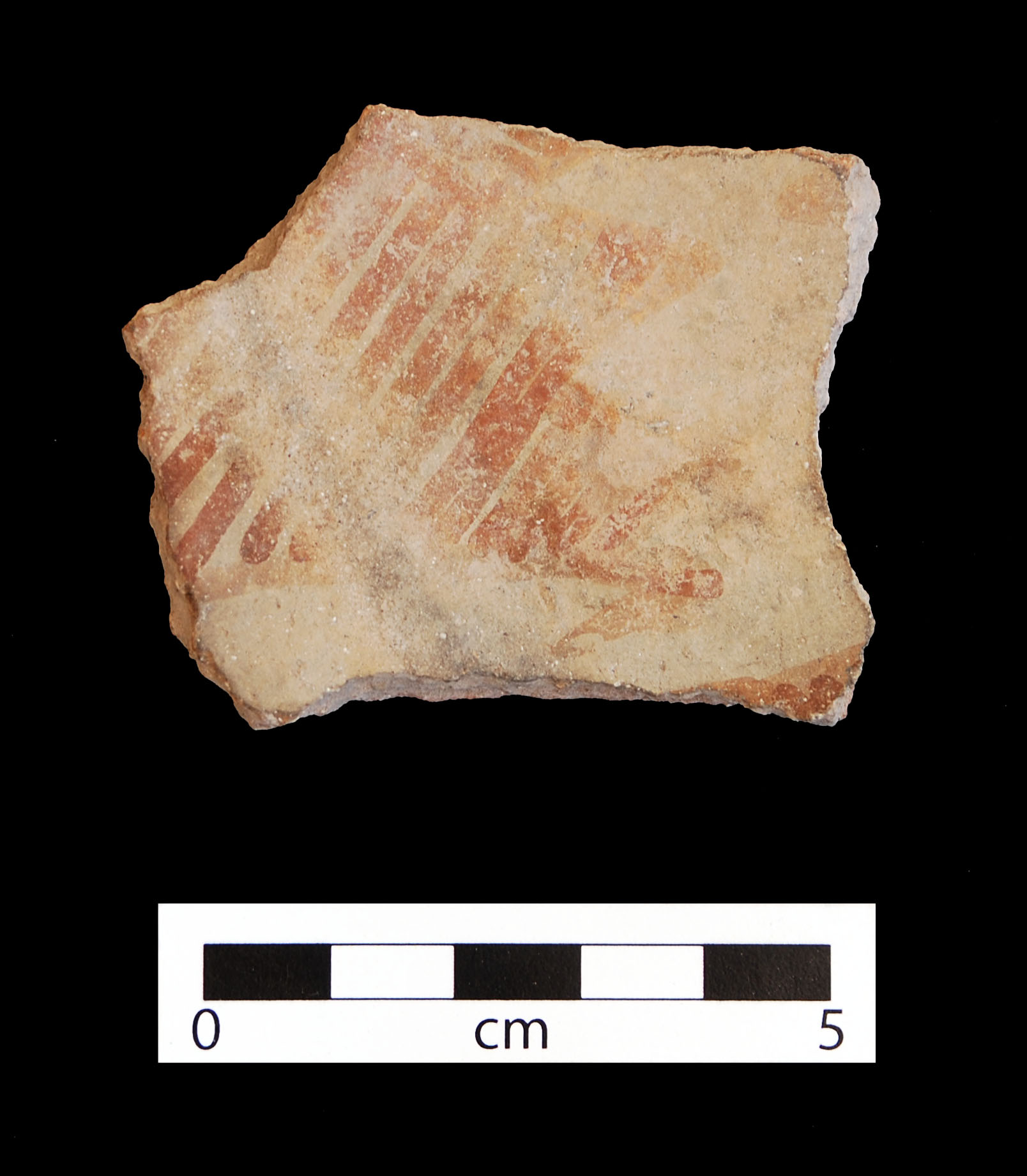 Snaketown Red-on-buff is the type of Hohokam Buff Ware that transitioned between the earlier gray finishes to the buff colored pottery characteristic of later types.  Production of this type was primarily in the middle Gila River Valley and in Queen Creek, but extended south to the Tucson area, where local production also occurred (Snaketown Red-on-brown).

Firing: In a neutral to oxidizing atmosphere.