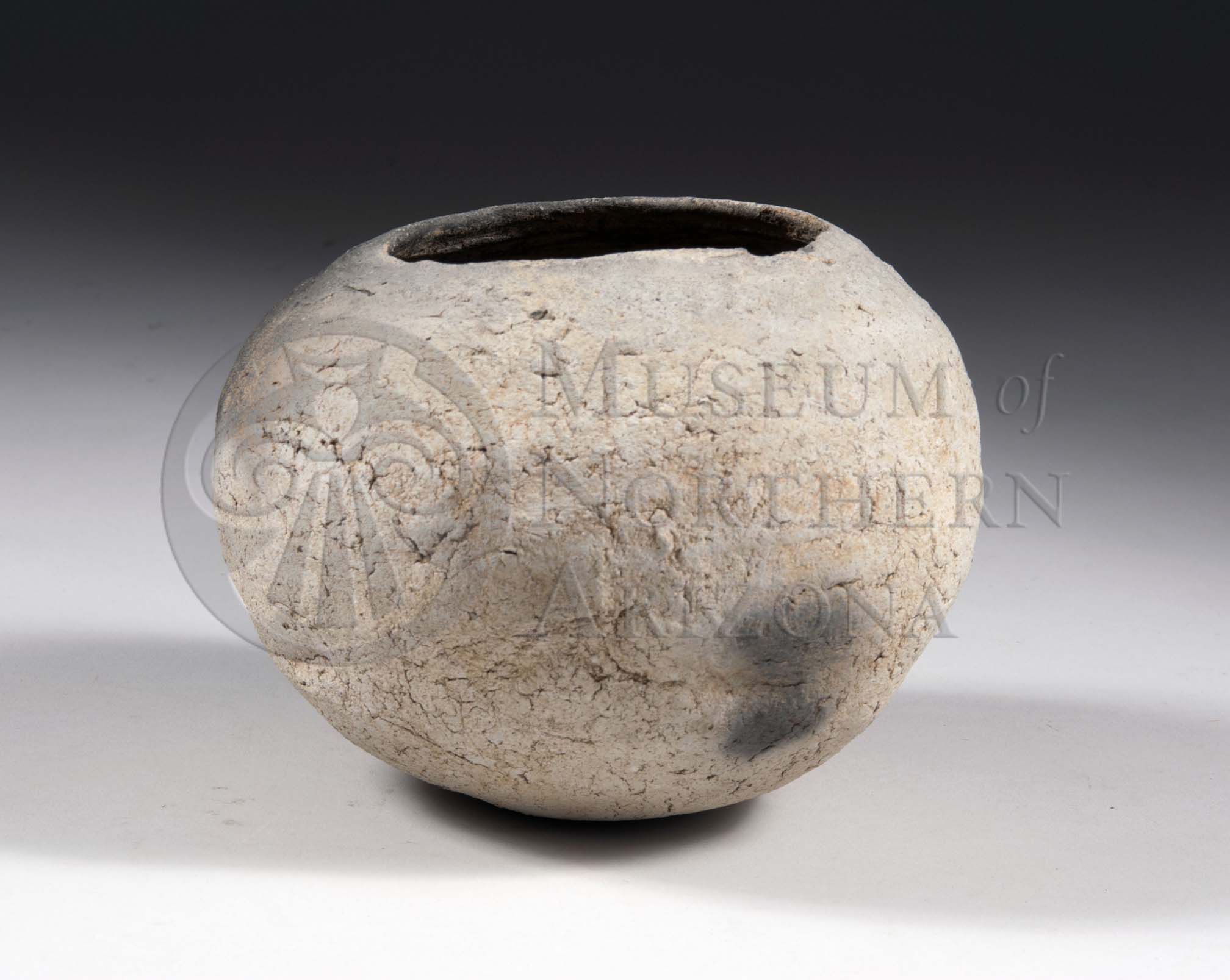 Lino Gray seed bowl from the Museum of Northern Arizona collections. Click the image to open the Lino Gray gallery.

Lino Gray is the earliest type of Tusayan Gray Ware and has a distribution covering southwestern Colorado, northwestern New Mexico, northern Arizona north of the Mogollon Rim, and southern Utah west to Havasupai Canyon.  This type is also found in the Virgin Valley, Utah, but most likely arrived there through trade.

Decoration: No painted decoration. The wash on the Lino Fugitive Red variant is red ochre (hematite).

Variants: Lino Fugitive Red – same as Lino Gray, except for thin red wash on bowl interiors and jar exteriors. Lino Fugitive Red may represent an early attempt to produce a pottery vessel the same color as vessels fired in an oxidizing atmosphere. The only way this red color could be produced on vessels fired in a reducing atmosphere would be by painting the vessel after it was fired, as the paint would turn gray if fired.