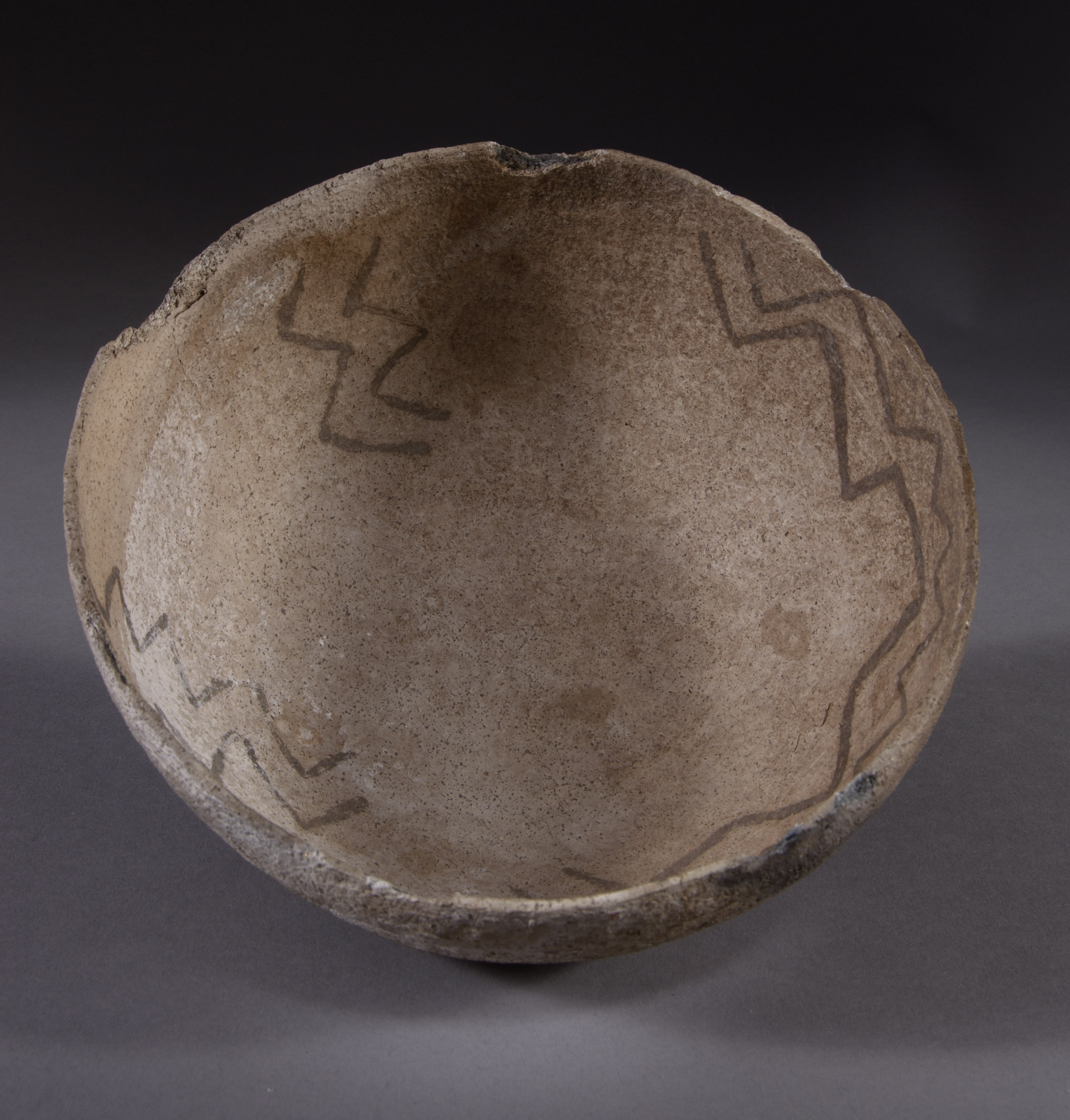 Lino Black-on-gray is the only type of Tusayan Gray Ware with painted decorations.  This type also had a widespread distribution and is found in southwestern Colorado, northwestern New Mexico, northern Arizona north of the Mogollon Rim, and in southern Utah east of the Colorado River.

Comparisons: Kana’a Black-on-white is coated with a moderately heavy white slip, but has similar decorative elements with the addition of small solid triangles and lines in series. Deadmans Black-on-gray is constructed by paddling, has better executed designs and temper with mica-like particles, and well-smoothed surfaces lacking pitting and scoring.