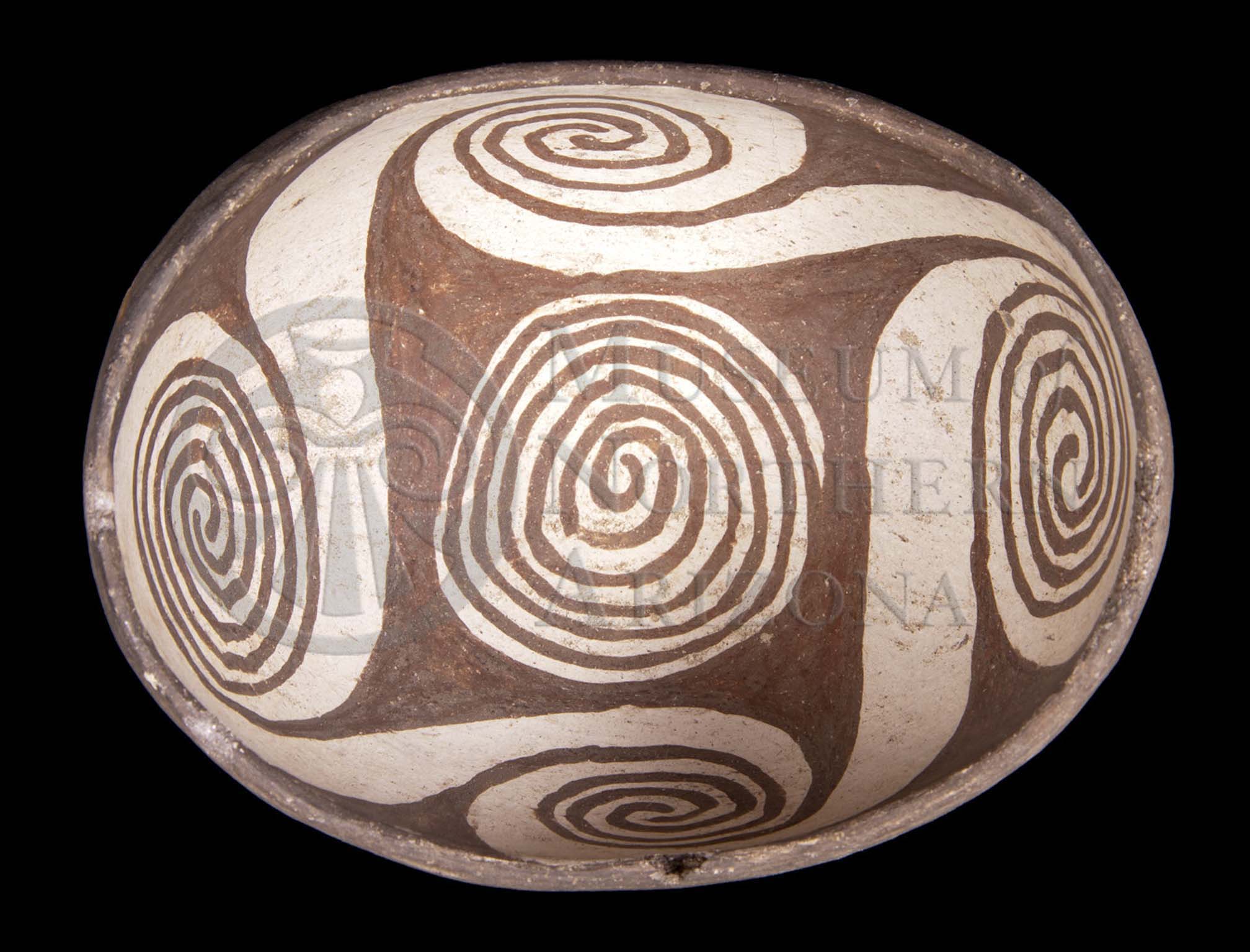 Mimbres Boldface, or Style 1, pottery is the earliest type of true Mimbres Ware.  Designs on this type tend to be bold geometrics, thus the name for this type.  Concentrated in southern New Mexico north to the Upper Gila, east to around El Paso, Texas, and south into Chihuahua, Mexico, this ware is also occasionally found as far west as west-central Arizona.

Surface Color: White when slipped; when not slipped, grayish-brown, gray, or dark gray.