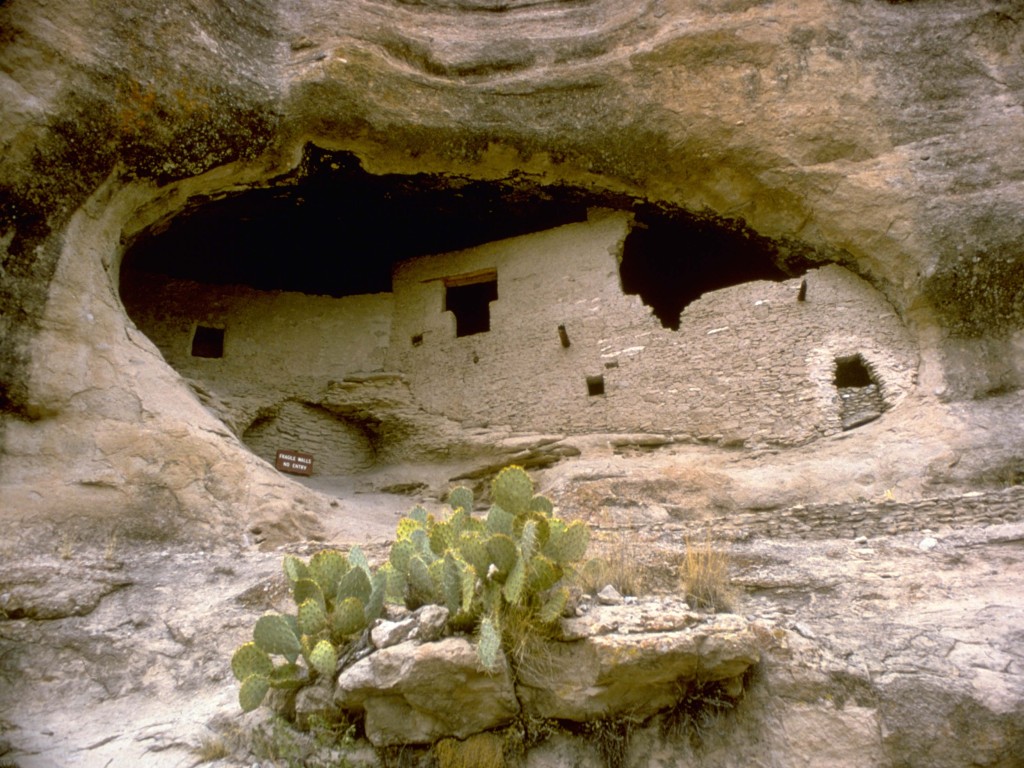 The Mogollon might well be referred to as “Mountain Peoples” because they inhabited the rugged, high-elevation mountain and canyon country of eastern Arizona and western New Mexico, far northwestern Texas, northern Chihuahua, Mexico, and perhaps the far northeastern corner of Sonora, Mexico.

Although similar in many ways to both the Ancestral Puebloans and the Hohokam, the Mogollon retained a distinct cultural identity, and they had their own traditions in architecture, ceramics, religion, and burial practices, which began to develop as a distinctive cultural pattern around A.D. 200, but was essentially gone by A.D. 1450, like many of the other prehistoric cultures of the Southwest.

The Mogollon are probably best known for the distinctive black-on-white pottery of the Mimbres Mogollon. Close ties with the Ancestral Puebloans to the north, the Hohokam and Patayan cultures to the west, and the cultures of Mexico are evident not only in pottery designs, but in shared styles and artifacts.

We do not know where the Mogollon went when they moved from the mountain regions of the Southwest, nor exactly how they contributed to the modern Native American groups of the region. In all probability, however, the Mogollon contributed population to several late prehistoric and modern cultures, including the Zuni, the people of Acoma, the Hopi, and possibly the Raramuri in Chihuahua, Mexico.