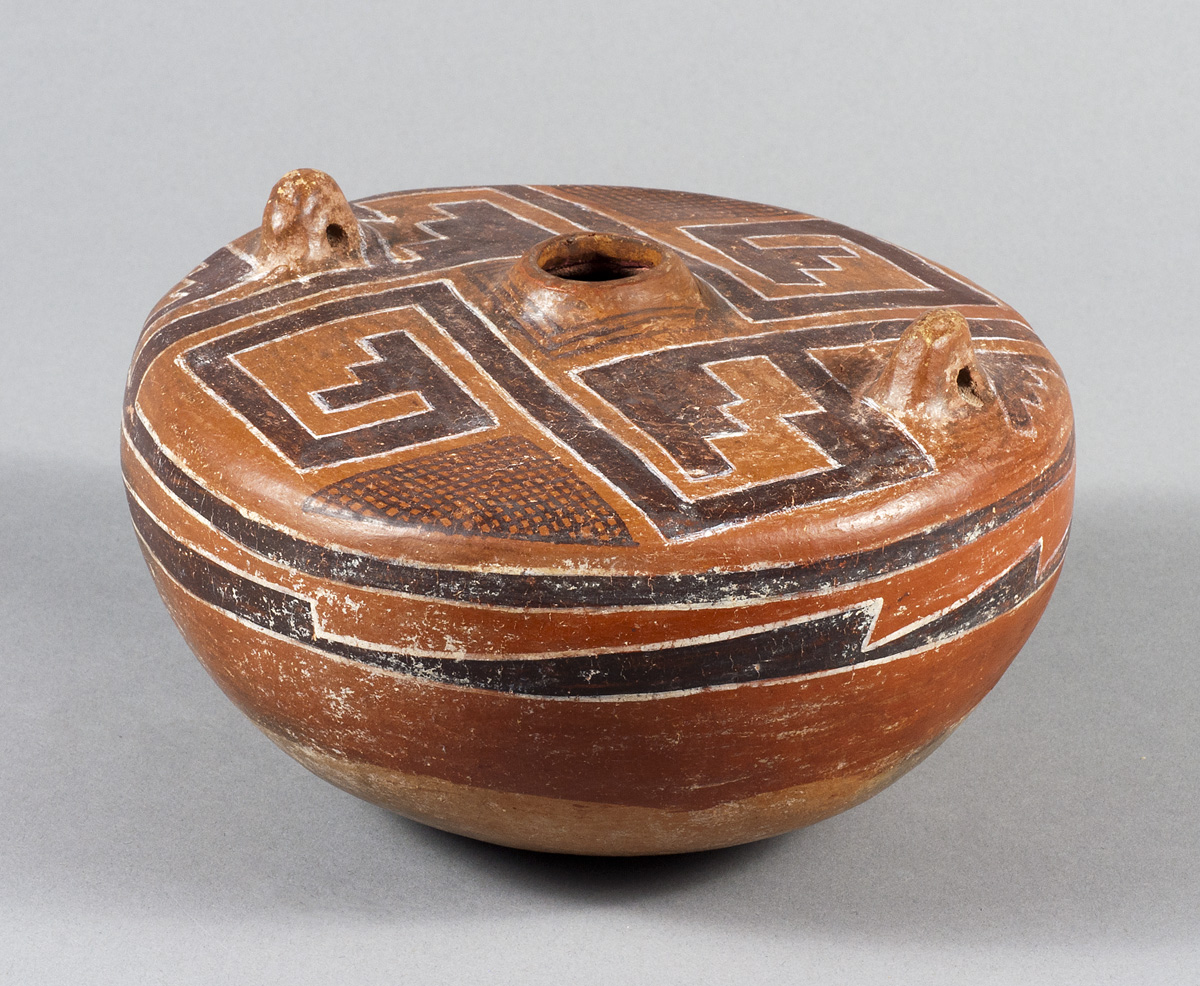 Kiet Siel Polychrome is a type of Tsegi Orange Ware for which the center of production is believed to have been in Marsh Pass and the Tsegi canyons in Navajo County, Arizona.  Like most other Tsegi Orange Wares, this type was widely traded.

Firing: In an oxidizing atmosphere at the end of the firing process.

Temper: About equal amounts of quartz sand and crushed sherd.