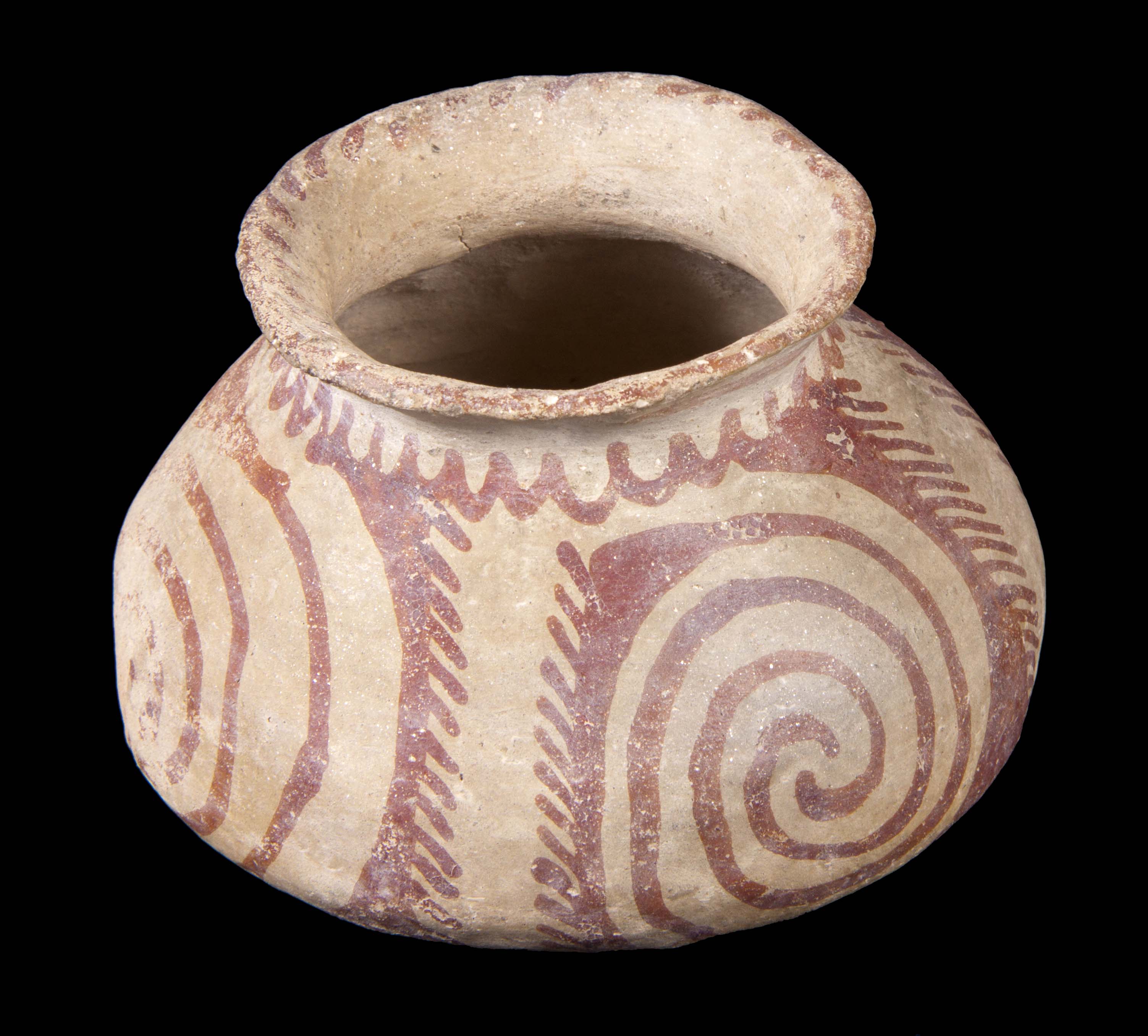 Santa Cruz Red-on-buff is type of Hohokam Buff Ware with a wide distribution extending from the middle Gila River valley, into the lower Salt River valley, north to the Tonto Basin, and southeast along the Santa Cruz River in Tucson.  This type is also occasionally found south of the U.S.-Mexico border, west along the Colorado River, and east into New Mexico.

The jar pictured above is also interactive!