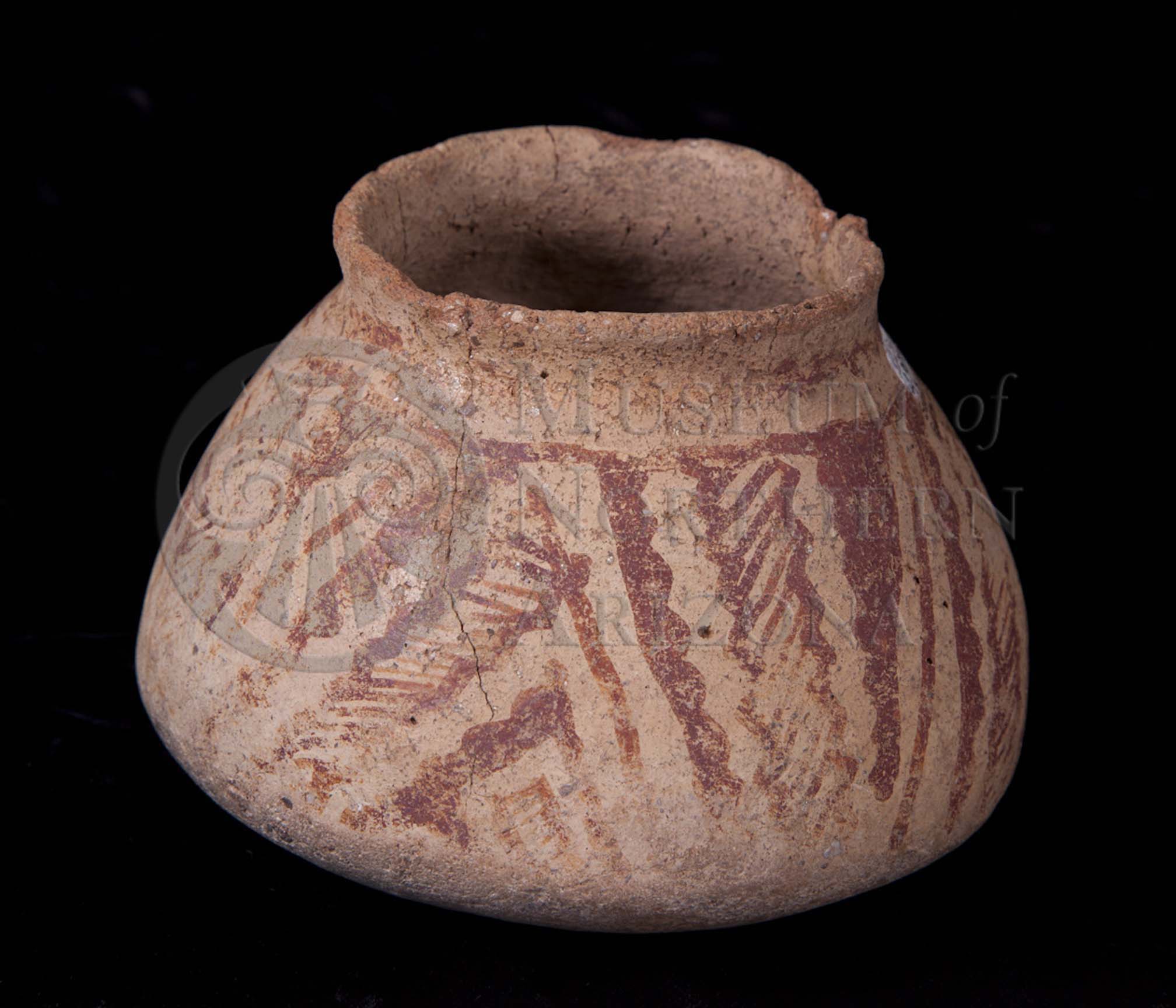 Sacaton Red-on-buff jar from the Museum of Northern Arizona collections. Click the image to open the Hohokam Buff Ware gallery.

Hohokam Buff Ware was the primary decorated type made in the Salt and Gila river valleys of central and southern Arizona.  Although production centered in these areas, distribution of Hohokam Buff Ware reached west to the Gila Bend area, east to the San Francisco River, north to the Verde Valley, and south to the U.S.-Mexico border.

Comparisons: Estrella Red-on-gray is indistinguishable from other contemporaneous red-on-brown types, except by provenance. Schist temper is diagnostic of all Hohokam Buff Ware except for Casa Grande red-on-buff, which has distinctive Hohokam paste and designs. Coconino Red-on-buff and Winona Red-on-buff have Hohokam designs, but lack schist temper and are geographically separate.

Compiled from the following sources:
Abbott, David. (2008) The Process, Location, and History of Hohokam Buff Ware Production: Some Experimental and Analytical Results. Journal of Archaeological Science 35(2):388-397.