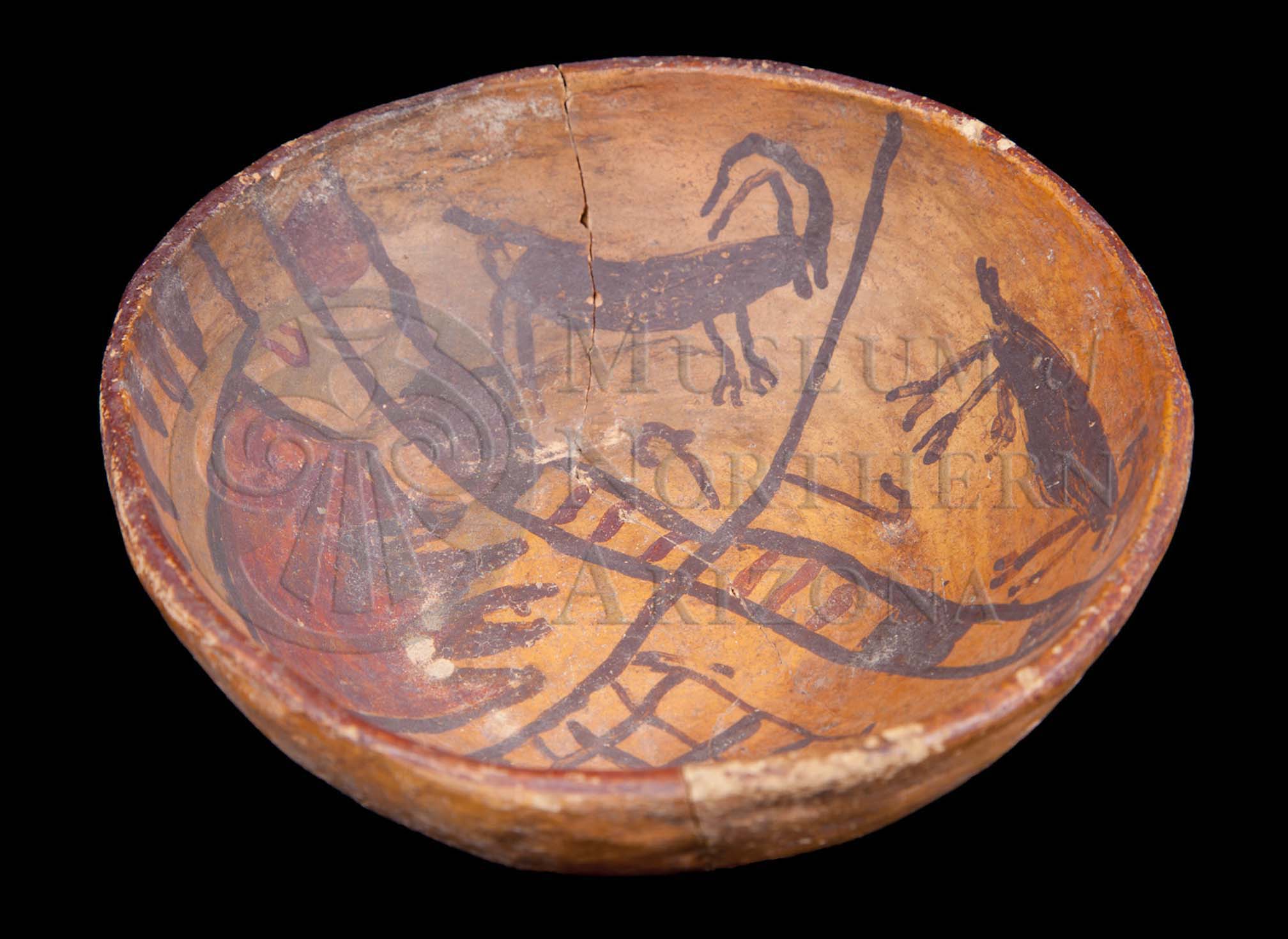 Payupki Polychrome bowl from the Museum of Northern Arizona collections. Click the image to open the Polacca Yellow Ware gallery.

Polacco Yellow Ware is a historic Hopi pottery ware that grew out of the preceding Jeddito Yellow Ware series.  A defining attribute of Polacca Yellow Ware is the elimination of overtly religious Native motifs, the introduction of Spanish motifs, and an increase in covertly Native religious imagery, the most common of which were feathers.

Surface Finish: May have a thin wash or slip; smooth to polished.