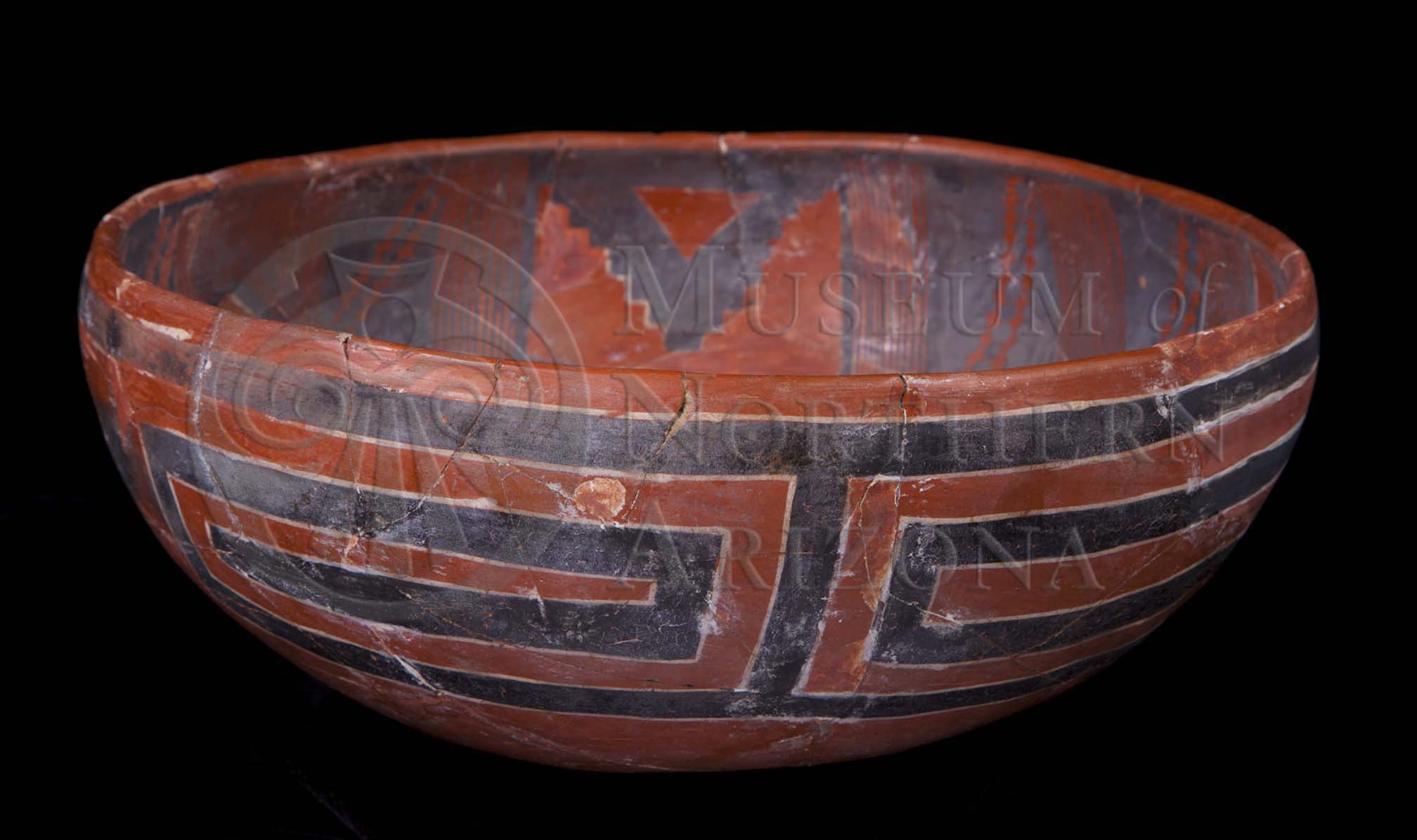 Fourmile Polychrome is a type of White Mountain Red Ware concentrated east of the Sierra Ancha in an area that can be defined on the west by Cherry Creek, on the east by the White River, on the south by the Salt River, and on the north, just below the Little Colorado River.  Within this area, the focal point of production appears to have been below the Mogollon Rim, and it is notable that this pottery type has only been reported in Arizona.

Compiled from the following sources:
Carlson, Roy. (1970) White Mountain Redware: A Pottery Tradition of East Central Arizona and Western New Mexico. Anthropological Papers of the University of Arizona, No. 19. Tucson.