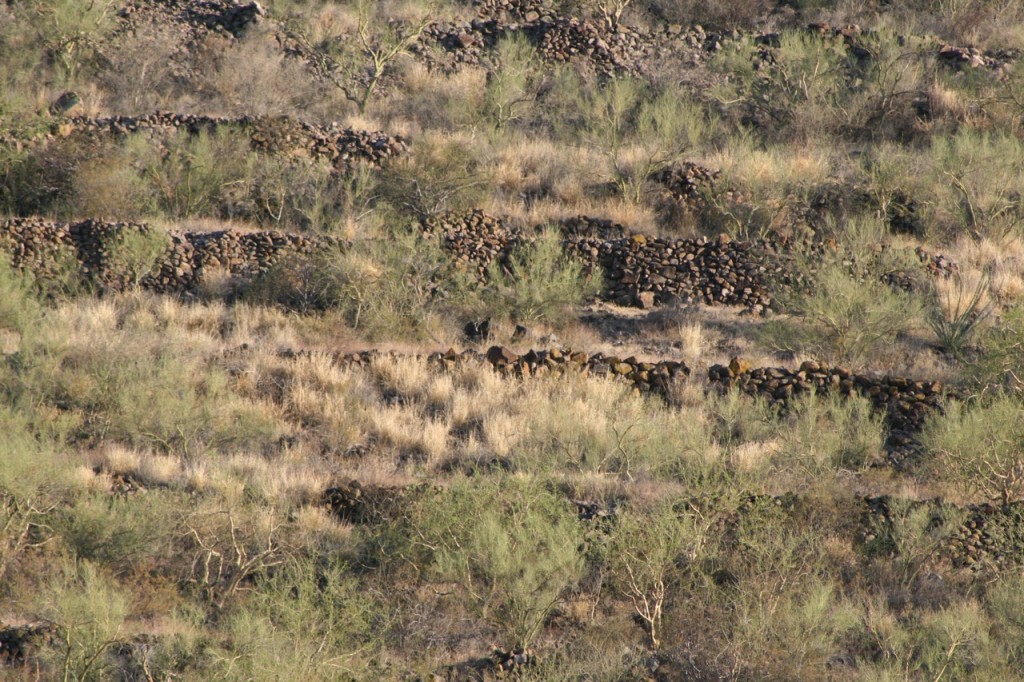 Trincheras (with a capital “T”) refers to a cultural pattern that existed in northern Sonora, Mexico and the southernmost portions of the Southwest from about A.D. 800 – A.D. 1450. Trincheras people farmed the river bottoms of Sonora, supplementing their diet with wild resources from the surrounding hills and mountains. The culture is best known for the terraced hills for which the culture was named (trincheras = entrenchments or fortifications in Spanish). These terraces served as living and garden space, and may also have served a defensive purpose, as the name suggests.

When compared to other cultures of the prehistoric Southwest, truly very little is known about the Trincheras culture. In the Southwest, evidence of Trincheras presence is most often the presence of their distinctive ceramics, which were decorated with a purple pigment derived from hematite. Trincheras people may have maintained ties with the Hohokam to the north, and descendant communities include the Tohono O’odham and Gila River Pima.