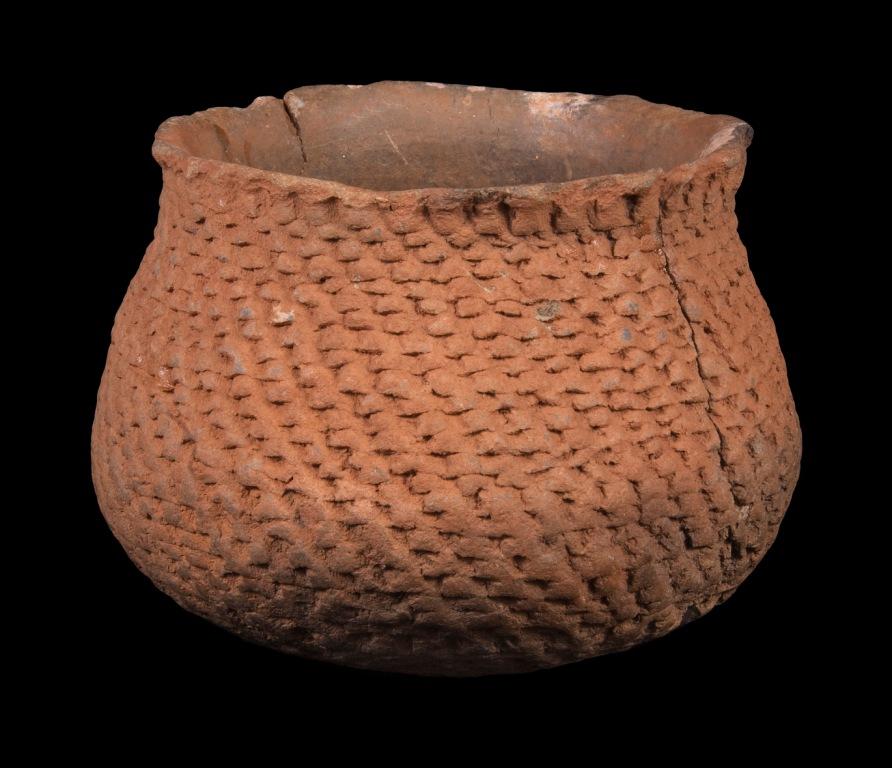 Sunset Corrugated is an Alameda Brown Ware type found in the portion of the San Francisco Mountain region covered with black volcanic ash from Sunset Crater Volcano and in the Walnut Creek drainage in northern Arizona.

Surface Finish: The surface of Sunset Corrugated displays small pinch marks made with the fingernail all around the vessel.

Comparisons: Similar to other types of corrugated pottery such as Tusayan Corrugated and Elden Corrugated in superficial appearance, temper being the distinguishing characteristic.