When dating an artifact such as rock imagery, scientists can either give it:

Most rock images are given a relative date or time period of when they could have been made based on the design motifs in the images. These designs can sometimes be traced to pottery or known sites of specific cultures. Archaeologists can sometimes relatively date rock images by seeing which images are superimposed, or placed on top of others; the image on top is younger than the image underneath. Archaeologists can also determine which images have more weathering compared to other images on the same panel; typically, the more weathered or faded the image, the older it is. 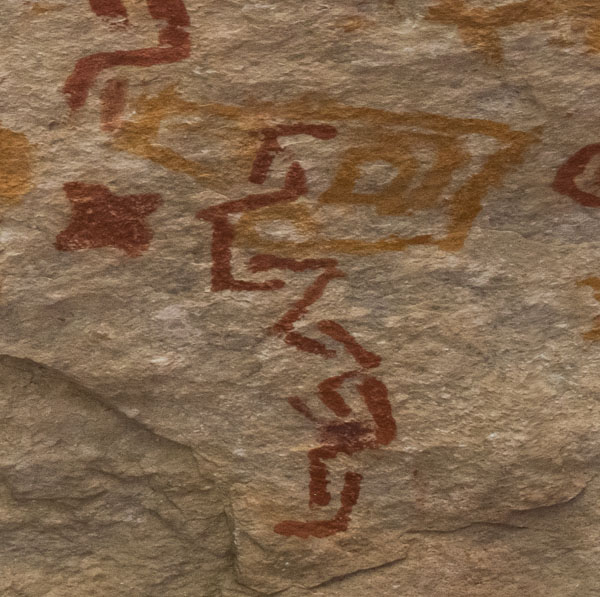 It is extremely hard to assign an absolute date to rock images. Sometimes, if pictographs contain organic pigments, they can be given an absolute age using radiocarbon (Carbon-14) dating. None of the pictographs at Walnut Canyon have been dated this way because the technique to extract carbon samples for laboratory analysis is destructive, and most pigments are mineral-based, not dateable organic carbon.