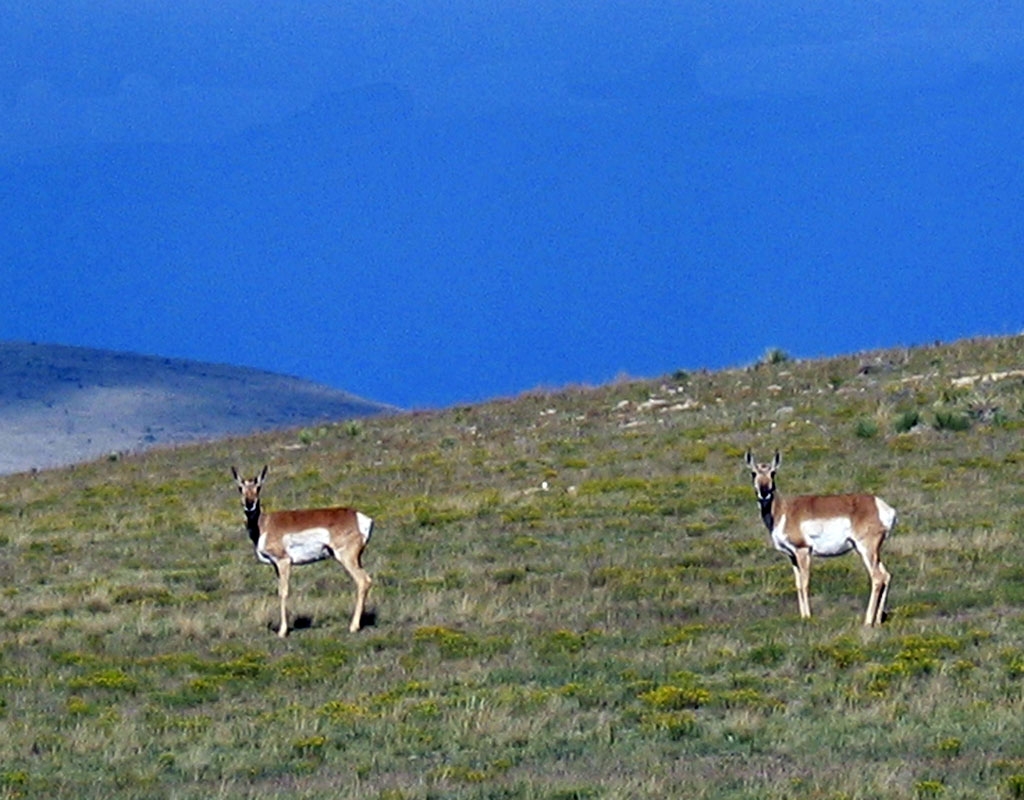 From north to south, the Great Plains extend from Canada through Texas and into Mexico, and from east to west, cover the area between Indiana and the Rocky Mountain foothills. The Great Plains in the greater Southwest region include the High Plains, the Llano Estacado, and Edwards Plateau. The High Plains comprise the southwestern portion of the Great Plains, and include eastern Colorado, western Kansas, western Nebraska, portions of Montana, eastern New Mexico, western Oklahoma, northwestern Texas, and southeastern Wyoming. In eastern New Mexico, and the western panhandles of Texas and Oklahoma, the High Plains grade into the Llano Estacado, which, in turn, grades into Edwards Plateau.

Although highly variable in elevation, temperature, and precipitation, the plains are typically semiarid grasslands ranging from shortgrass prairie to savanna and deciduous woodlands.

Elevation: The highest average elevations on the Great plains are along the foothills of the Rocky Mountains, where the elevation is around 1,800 m (6,000 ft). From the Rocky Mountain foothills, the elevation of the Great Plains decreases eastward, merging into the interior lowlands, which have an average elevation of 450 m (1,500 ft). In the southwestern portions of the Great Plains, elevation ranges from 750 meters (2,500 ft) to higher than 1,800 meters (6,000 ft). Large portions, however, are relatively flat, with little range in elevation. For example, the range of elevation on the Llano Estacado is only a couple thousand feet, from 900 meters (3,000 ft) and 1,525 meters (5,000 ft), with the plateau itself relatively flat and featureless.

Vegetation: Shortgrass prairie comprised of grama and buffalo grasses dominate much of the Great Plains, but shinnery (midgrass prairie with low shrubs) and grassy savannas with mesquite, juniper and oak stands are also common in the southern regions.

Geology: The Great Plains are nearly homogenous in their sedimentary composition – a result of the region being under water for the majority of the Cretaceous period. Uplift of the Rocky Mountains results in a gentle slope from west to east, with eroded sediments from the Rockies common on the western margin of the Plains.