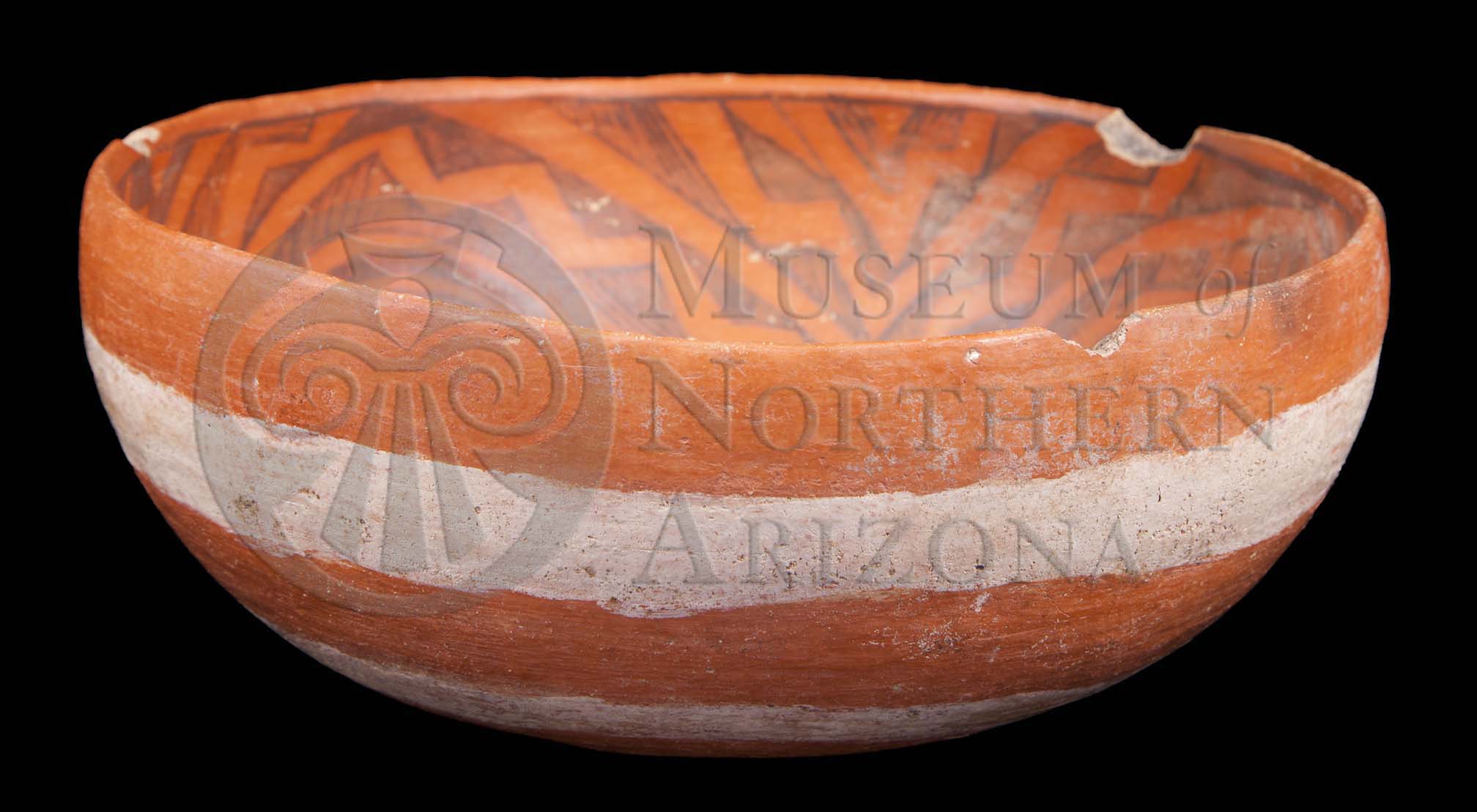 White Mountain Red Ware is a pottery ware found made in northeastern Arizona and northwestern New Mexico.  The full geographical range of this ware is from the Zuni Indian Reservation in west-central New Mexico to Chaco Canyon, and in east-central Arizona from Springerville north to Ganado and west along the Mogollon Rim to the Sierra Ancha and Tonto Basin.  As a trade ware, White Mountain Red Ware has also been reported in locations from Casas Grandes, Chihuahua, Mexico to Mesa Verde, Colorado, and from Casa Grande, Arizona to Kwaituki Pueblo on Orabi Wash, fourteen miles north of Orabi Pueblo on the Hopi Reservation.

Compiled from the following sources:
Carlson, Roy. (1970) White Mountain Redware: A Pottery Tradition of East Central Arizona and Western New Mexico. Anthropological Papers of the University of Arizona, No. 19. Tucson.